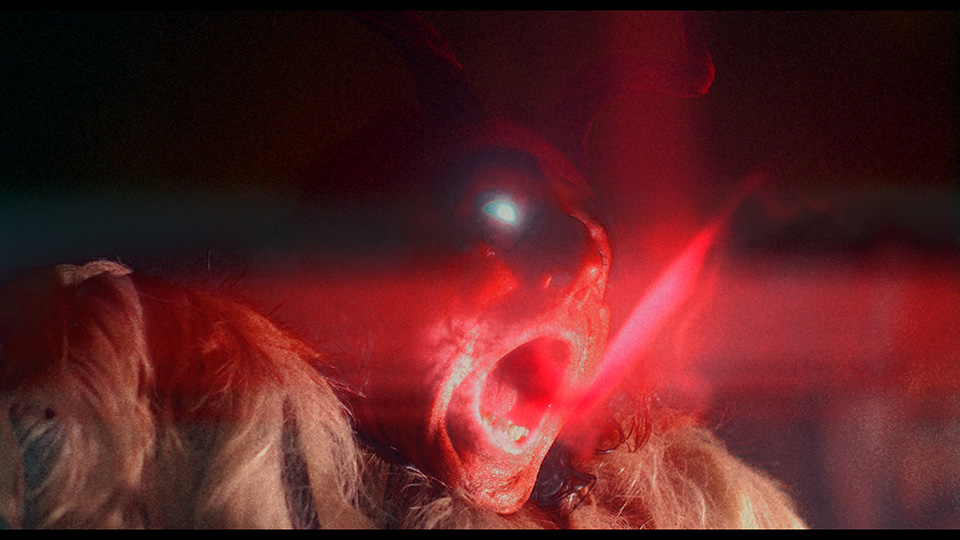 The Field Guide to Evil is a series of short films from around the world, tied together by folklore, as if chapters of a book.

There are eight ‘chapters’ to this field guide and although the stories traverse continent and time, there are some themes that run through many of them. Isolation – very bad, being a woman – not great, lust – tut tut. Maybe that is the point of bringing the folklores together, to show that fear and the logic given to explain it is more universal than you might imagine.

For me, there was one stand out piece; Haunted by Karisi, the Childbirth Djinn. It’s the second story and the performance by Naz Sayiner is totally compelling. Her utter desperation and sad ending stays with you. Modern day science and logic would tell you that the character is suffering from postnatal depression, but you watch as she is driven mad by isolation, desperation, fatigue and the Djinn. If you only have time for one chapter, it should be this one.

In Melon Heads and What Ever Happened to Panagas the Pagan I had no idea what was going on, what the mythology was or in fact what the point was.

Watching 8 short films back to back is a little fatiguing so it feels hard to judge them all fairly. If these 20-minute pieces had been on over a series of weeks as single episodes in a TV season, they would have been more interesting and there would not have been such quick comparison.

It’s hard to surmise this anthology film, as all that ties these stories together is that they are in the same full-length film, that in this case should have been shorter.