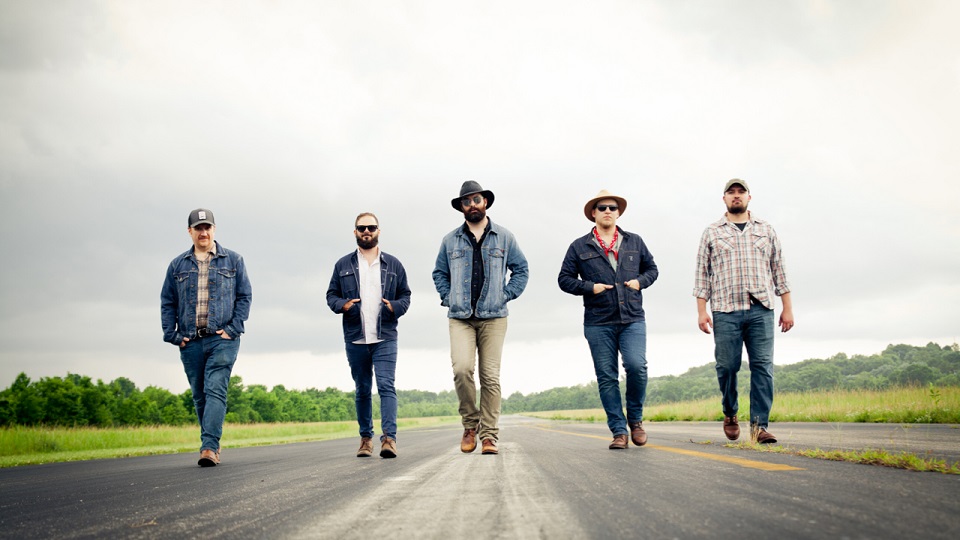 Formed in Bristol, Virginia – known as ‘The Birthplace of Country Music’ – in 2008, Folk Soul Revival have been living up to their name ever since. The quintet released their debut album, Words Off A Tongue, in 2010 and quickly won over fans with their blend of country, rock and bluegrass sounds. Now, ahead of their appearance at The Long Road Festival next month, they’ve released their self-titled fifth record.

The album opens with current single Other Side and frontman Daniel Davis’ vocals are immediate, grabbing you with a yell before the stomping, twangy melody kicks in. The energetic song is full of sharp, stabbing chords and really shows off the band members’ fantastic harmonies and incredible musicianship, not least the rapid-fire banjo playing of band member Chad Light.

Throughout the record there’s a nice balance between the more uptempo numbers and the slower songs, and the band show their versatility by drawing on different musical styles. Honey Do has great classic rock and roll vibes, whilst Light’s guitar on the stripped-back, visceral Losing Kind adds a bluesy feel.

However, what draws it all together is the strong, detailed songwriting from Davis. On the rollicking That’s Life, he’s able to create vivid characters in the space of just a couple of lines. The Eric Church-esque Small Town is a hopeful slice of nostalgia which makes you yearn for times gone by, and the rollicking ode to blue-collar life, Workin’ Man, has a narrator who feels so alive you can almost imagine he’s in the room with you. Meanwhile, the tongue-in-cheek kiss-off song Horrible Girl shows a great sense of humour as well as a huge soaring note from Davis on the chorus.

Davis’ vocals are one of the album’s biggest strengths, particularly on the ballads. Songs such as Buck Up show off the soulfulness and depth to his voice, as well as a gravelly edge, and he’s able to inject plenty of emotion into his delivery. He also has a great ear for harmonies, particularly on Dance With Me, a duet with folk singer Leah Blevins. Their voices blend together really well in the a capella opening section, whilst the lyrics paint a beautiful portrait of a couple trying to rekindle their long-term romance.

One of the standout songs on the record is Lie To Me. It’s an organ-led, melancholy song which sees Davis pleading with a lover to keep the relationship alive and prolong the inevitable. There’s some utterly gorgeous imagery – Davis sings that ‘my head’s under water, my heart’s in a daze’ – and the pared-back, subdued feel magnifies the emotional impact. I also really liked Broken, a heart-wrenching number which features an impressive, wailing guitar solo from Light, before building to layered instruments and powerful vocals from Davis.

The album closes with a cover of Little Folk’s Willin’. For me it encapsulates the album as a whole – there’s a brightness to it with an almost gospel edge, and I loved the mix of twangy guitars, organ and piano. Davis sings passionately about the importance of perserverance and appreciating the simple things in life, and it’s a lovely hopeful note to finish the record on.

Overall Folk Soul Revival have made a great country-blues album that’s rooted in tradition and wouldn’t sound out of place in any honky-tonk in Nashville. The theme of holding on is explored in depth throughout and there’s some wonderful turns of phrase, as well as excellent vocals from Davis and impressive musicianship from all the band members, particularly Chad Light. If you’re off to The Long Road Festival next month then I highly recommend checking them out – you won’t regret it!

Advertisement. Scroll to continue reading.
In this article:Folk Soul Revival