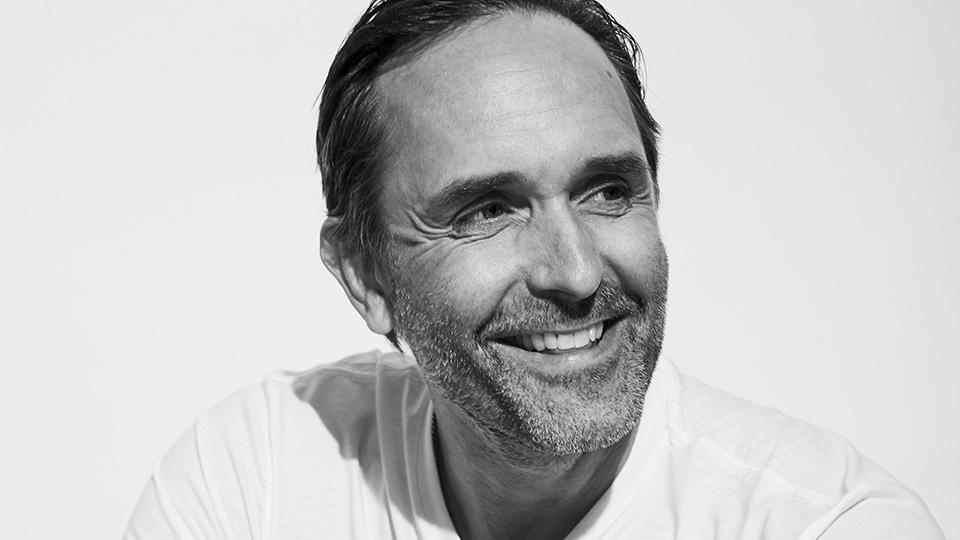 One of the wonderful things about Arrow Video FrightFest is that is shows a huge range of films from within the horror genre and it’s not all about blood and gore.

A film that is sure to catch some people off guard is Seeds, which tackles a very different kind of horror in a clever and original way. Directed by Owen Long, the film stars Trevor Long as Marcus, a man battling his inner desires.

I had a chat with Trevor ahead of the film’s European Premiere at Arrow Video FrightFest 2018 to talk about the film’s difficult subject matter, discuss his complex character, and find out the challenges of working with his brother.

Hi Trevor. How are you and where are you speaking to me from today?

Hi! I’m doing great. I’m chilling in Rhode Island with my family and then heading off to Los Angeles next week for the premiere of Ozark.

You are the star of Seeds, which will be showing at Arrow Video FrightFest in the UK this month. What’s the film all about?

It is about how we are faced with strong desires, temptations that are forbidden in society, and how we are forced to answer these desires. Marcus, the character I play, is thrust into circumstances that push him beyond his moral compass. His inability to overcome his inner demons moves him into very dark and dangerous waters. It is definitely a film that will stir viewers to places that may be very uncomfortable and unsettling. In a sense, that is what we had hoped for with Seeds.

Your character Marcus is very complex. What preparation did you do to get into his head?

I had to let my imagination take over with the world that was presented on the page. Really, the script brought out a very dark inner life that often surprised me as I took the time to immerse myself fully in it. I did some boot camp intensive work with my acting coach, Lindy Davies, who happened to be in NYC from Australia. She saved me. I also listened to a lot of scores from the composer Arvo Part, which placed me in the right head pace for Marcus. I listened to it constantly on and off set.

The film tackles some disturbing, and very taboo, issues in a very interesting way. Is it challenging to bring material like this to life on screen?

Yes, definitely. The story was not easy to tackle by any means, and facing it as an actor brought up my own fears. It was very challenging from the conceptual stage to its completion. It was a balancing act to bring this story to life in a truthful and provocative way. That being said, I feel that we handled the subject matter very delicately and successfully.

You work closely with Andrea Chen, who plays your niece Lily in Seeds. What was it like to act opposite her and in what ways did you help each other’s performances?

It was exciting, because I didn’t know Andrea at all and we had very little time together prior to shooting, as she came on board at the last minute. She was very willing to meet while shooting to work on the scenes, making sure we were both moving in the right direction. Andrea is very open, and in life she has an innocence that played perfectly into her portrayal of Lily. This was just the right essence to bring out our chemistry, which was vital to our character’s relationship. I feel we helped each other’s performances by trusting one another completely, and taking the time to fully go to the places that were uncomfortable.

Seeds is written and directed by your brother Owen. What were the challenges of working with a family member?

There are challenges with family members who work together. On one level, they know each other so well, and know how to push the right buttons. This, however, turned out to be a great benefit for our working relationship, because we weren’t afraid to speak our heart and minds. There was a level of trust and comfort that is unique to working with a sibling that you are very close with. We both had a strong mutual respect for each other’s processes. In the end, I feel it resonated successfully on the screen.

I really was thrilled to be working with two of my acting teachers from Brown University, Lowry Marshall and Jon Emigh, who play husband and wife on the film. Working with them on screen was such a joy. They were icons of the theater department at Brown and they both gave me the courage to go out and pursue acting as a career, so to have them part of this process was definitely a highlight. Lowry was also very hands-on in helping me and Andrea develop the delicate relationship between Marcus and Lily.

You’re one of the stars of the hit Netflix series Ozark, which is coming back for season 2 this month. What can you tease about the new season?

Well it’s a known fact that Cade is out of prison in season 2, so audiences will see a strong pull from Cade to keep his daughter’s loyalty to the Langmore name. She will be faced with the choice to side with her daddy or Marty Byrde. Also, there will be politicians and politics around the new casino boat that is being built. That will bring a whole other dimension to the series that I feel is exciting. And of course, there will be lots of surprises.

Right now, our film Seeds is hitting the festival circuit and it is having its international premiere at London’s FrightFest, so keep an eye out for it.

Why should people buy a ticket and go to see Seeds at Arrow Video FrightFest?

I believe Seeds is a film that has yet to be seen before. It gets under your skin and moves the audience into places that go beyond their expectations. It will push viewers into some uncomfortable, and unsettling territory. There is no doubt it will engage you and have you talking and thinking about it long after you leave the theater.

SEEDS from FrightFest on Vimeo.