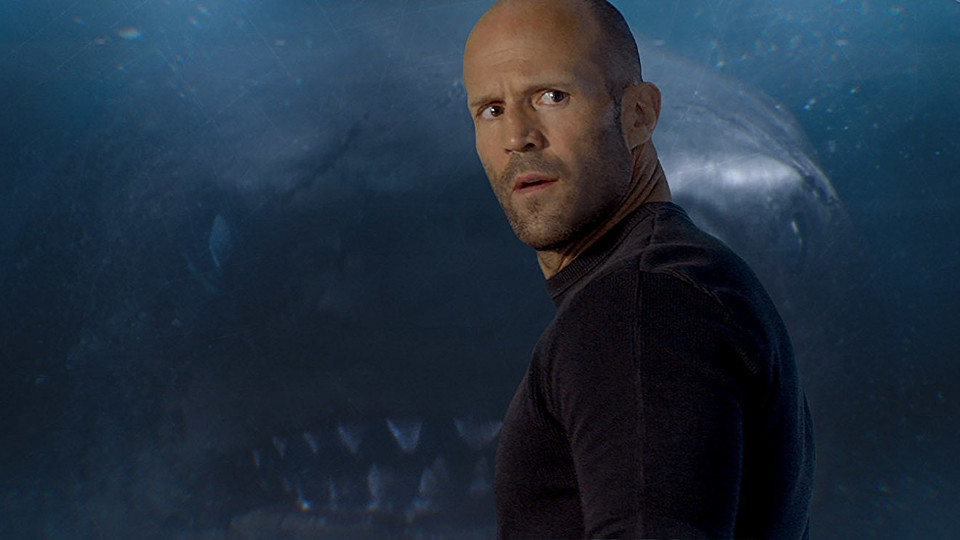 This review contains some spoilers about The Meg. If you don’t want to know anything about the film or its storyline, stop reading now!

Jonas Taylor (Jason Statham) is a deep-sea rescue specialist. The film opens up with Taylor and his crew attempting to rescue survivors from a stranded submarine. During the rescue something goes wrong and Taylor has little choice but to leave two of his team behind to die.

Five years later, Taylor is retired and living in Thailand. Despite the tragedy and now surviving on a diet of alcohol he still appears to be in fantastic shape.

Watch the trailer for The Meg below:

Meanwhile, a tech billionaire called Morris (Rainn Wilson) has funded a state of the art deep-sea research facility – Mana One. He’s visiting it for the first time and after an initial disappointment is impressed by the facility. The research team are preparing to attempt to break through a layer of hydrogen sulfide at the bottom of the ocean to see what’s beneath. Surely a bad idea?

The crew depart in a high-tech craft and, after breaking through the layer, become the first people to ever see what lurks below. They find a stunning untouched environment teeming with never-before-seen life. Then things go bad when their craft is left stranded.

The Mana One team decide to see if Taylor can help. He’s left diving behind and really not that interested. Of course, one of the stranded team turn out to be his ex-wife so he goes to help.

Once on site, Taylor goes to the rescue and realises that they are dealing with a prehistoric 70-foot shark known as a Megalodon, or Meg for short. After the team’s interfering, the Meg escapes and goes on the rampage, predictably attacking everything in its path.

What follows is a ridiculous set of action sequences as the team try to track and contain the Meg. One of these involves Taylor swimming completely unprotected to try and tag it. It’s laughable to watch and totally unbelievable but does manage to be entertaining at times. I won’t spoil the rest of the movie here but you can probably guess where it ends up.

Statham does a decent job as Taylor and Li Bingbing plays the role of Suyin, a deep-sea expert and love interest for Taylor. Sadly the film is let down by poor visual effects and an absolutely shocking script with some of the worst one-liners I’ve ever heard.

Running at almost two hours long, watching the Meg felt like a slog and was actually on the verge of boring at times. It probably would have benefited from a lot less set-up and more focus on the action. If you’re a big Jason Statham fan you’ll probably enjoy The Meg but if you’re after a decent shark film you’d be better server with Jaws or even, dare I say, Sharknado!