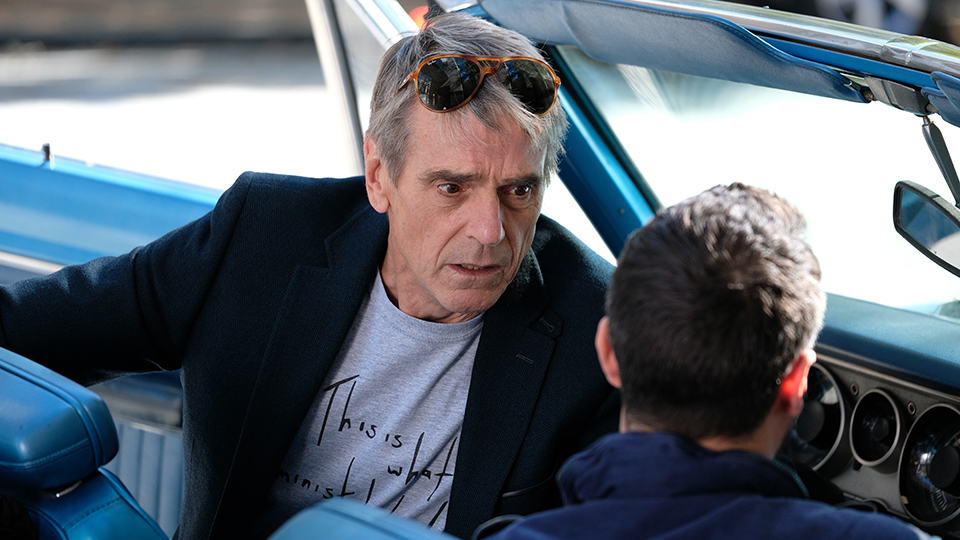 The film is directed by Steve Clark (Night Has Settled) and also stars Ben Schwartz (The Walk), Mamie Gummer (The End of the Tour), Megalyn Echikunwoke (House of Lies), Poorna Jagannathan (The Night Of) and Matthew Modine (Stranger Things).

An Actor Prepares is a father/son road trip movie that matches two strong characters (and actors) head-to-head in the ultimate comedic face off. Atticus Smith (Jeremy Irons) is a highly celebrated actor, whose spectacular career is matched only by his rugged good looks and effortless, devilish charm. Atticus’ estranged son, Adam (Jack Huston), is nothing like his philandering, drinking, devil-may-care father. He is a staunch feminist who teaches women’s film studies and is devoted to his girlfriend. Adam has wanted nothing to do with his father after he broke up the marriage to Adam’s mother.

But when a medical condition forces Atticus to hitch a ride from Los Angeles to New York to be at his daughter’s wedding, Adam becomes his only option. And so begins their madcap, odd-couple journey across the United States. The farther they go on their journey, and the more crazy adventures they share, the closer they come together until the scoundrel and the do-gooder see that they might not be as different from one another as they think.

Director Steve Clark said _“An Actor Prepares started with a love for old Hollywood – the brash, rough-and-tumble world of films, and for the larger-than-life actors who embodied those roles. The John Hustons, Peter O’Tooles, Richard Burtons, Errol Flynns – all wonderfully rambunctious, and with a large shine on and off the screen. My co-writer, Thomas Moffett and I both worked at The Paris Review under George Plimpton and had the luck of encountering many of the descendants of these types – Norman Mailer, Muhammad Ali, Hunter S. Thompson – and of course Plimpton himself, all of whom seemed to inhabit a different world.

Thomas and I thought a lively juxtaposition would be to force a father and son (one who reflects the devil-may-care of an older world vs. the other who emits the more sensitive, vegan-obsessed, politically correct ethos of the present) into a medical bus/1969 Plymouth Barracuda to cross the country for a common goal. We thought the cross-country genre would be an interesting way to not only explore a particularly contentious father/son relationship, but to contrast two different mindsets vis-à-vis the film world, modern sexual values, family and friendship.”

The film is produced by David M. Rosenthal, Tom Lassally, Will Rowbotham and Tom Butterfield.

Take a look at some stills from An Actor Prepares in our gallery below: