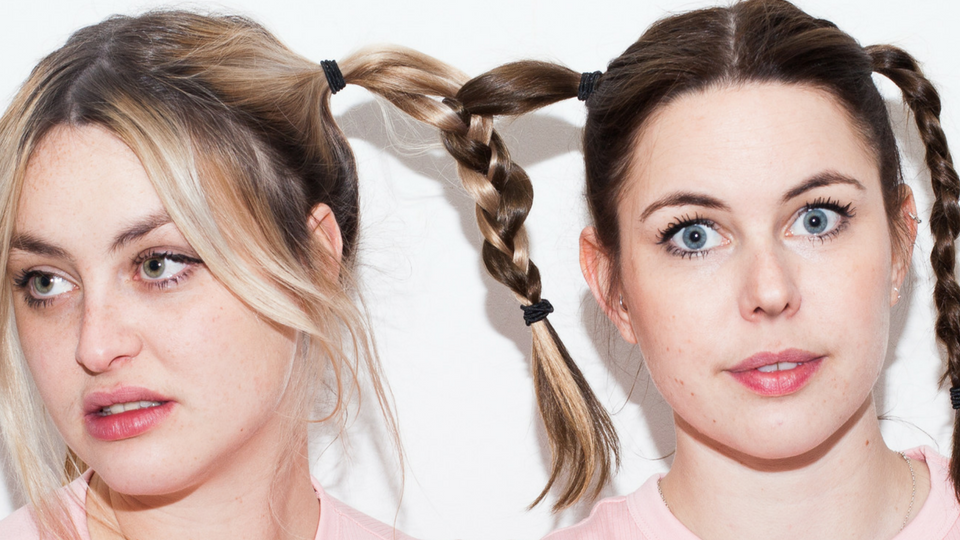 Maddy and Marina Bye have got the bubbling resentment of love-hate sibling rivalry down to a tee. Presumably because they’re so well practiced as the pair of real life sisters squabble like immature brats. Anyone with siblings will giggle in recognition of the family tensions and egos that are ripe for pricking.

Last year Siblings’ debut hour enjoyed a sell-out Edinburgh run and it’s easy to see why. Maddy and Marina have comedy in their blood (they are Ed Bye and Ruby Wax’s daughters), performing characters together since childhood in venues ranging from car backseats to underneath restaurant tables. Two years ago, Marina graduated from Guildhall School of Music and Drama, while Maddy graduated from renowned clowning school Ecole Philippe Gaulier in Paris. The classically trained actress has had enough of her sister clowning around and the audience absolutely lap up their chemistry on stage.

The skits come thick and fast, from the daft to the even dafter. We meet a stereotypical hard working Yorkshireman and his downtrodden yet amorous wife residing in a mill town from years of old. Next, the girls lark about as two fusty male teachers addressing an assembly of pupils before going on to sexually harass a chap on the front row. There are silly costume changes, all done in full view, and an unexpected disaster as the clothing rail collapses and the girls struggle not to corpse. It’s clear there’s outrageous fun being had on stage and the laughter’s infectious as it ripples through the crowd.

A recurring sketch sees the girls distort their facial expressions by wrapping elastic bands around each other’s faces, turning up their lips to play ‘Ginko’ and ‘Muff’. The two terribly posh yummy mummies exchange increasingly ridiculous body improvement tips. You can’t help but draw a comparison to much-loved characters Patsy and Edwina from Absolutely Fabulous, which must have had a lasting influence on Siblings. The truly stand out moments, though, are when the girls play ‘themselves’. Vying for attention on the mic, Maddy constantly upstages Marina while Marina’s intent on embarrassing Maddy with old family footage (if you saw the show last year, you’ll remember!). The grand finale relies upon the chap in the front row joining in. Thankfully, ours was a good sport. It’s a risky climax that has the potential to fall flat but Maddy and Marina have the ability to command any room with confidence. If it’s smart and silly sketch comedy you’re after, don’t hesitate to see Siblings. The girls clearly have a bright future ahead so catch them live now so you can say you saw them before they made it big.