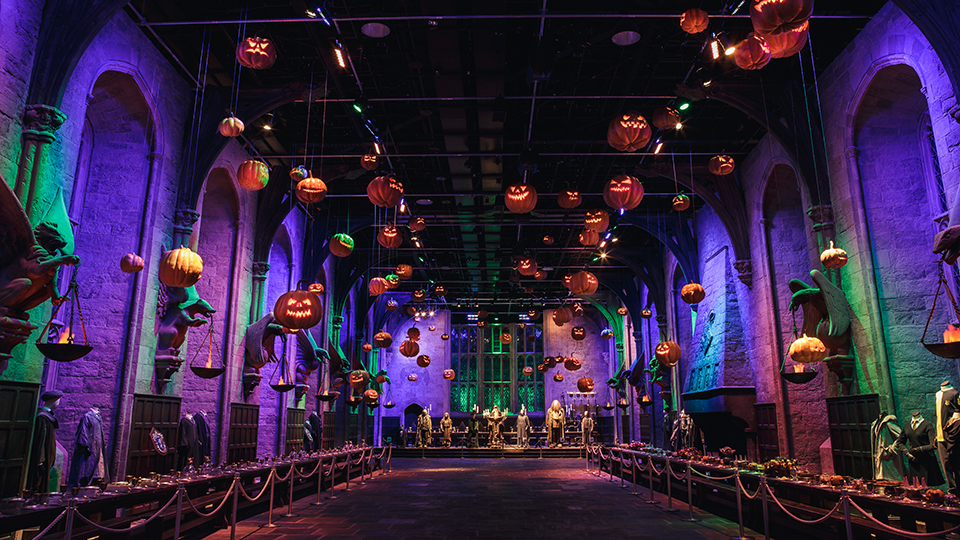 Taking place from 6.45pm on 6th and 7th October 2018, fans can come dressed as their favourite Harry Potter character and enjoy unique photo opportunities and giveaways laid on specially to celebrate the costumes of the Dark Arts. The night are part of the Darks Arts special feature that will run from Friday 28th September to Saturday 10th November.

Tickets go on sale at 10am on 14th August and are available from wbstudiotour.co.uk/celebration-of-costume.

The Dark Arts special feature is perfect for fans of Death Eaters and there’ll be daring duels and Halloween feasts for visitors. The Great Hall will be decorated with over 100 floating pumpkins, just like in Harry Potter and the Philosopher’s Stone.

The decoration is created by Head Propmaker on all the Harry Potter films, Pierre Bohanna, with the pumpkins modelled on those in Hagrid’s pumpkin patch in Harry Potter and the Prisoner of Azkaban. The Great Hall tables will also feature red apples, pumpkins and cauldrons of lollipops.

You can also expect vats of slimy Troll snot, buckets of dribbling drool (of the three-headed dog variety) and pools of silvery unicorn blood. Diagon Alley will have the lights dimmed so you can walk down it when it’s much darker.

Tickets must be pre-booked and all extra activities, including the costume evenings, are included in the ticket price.