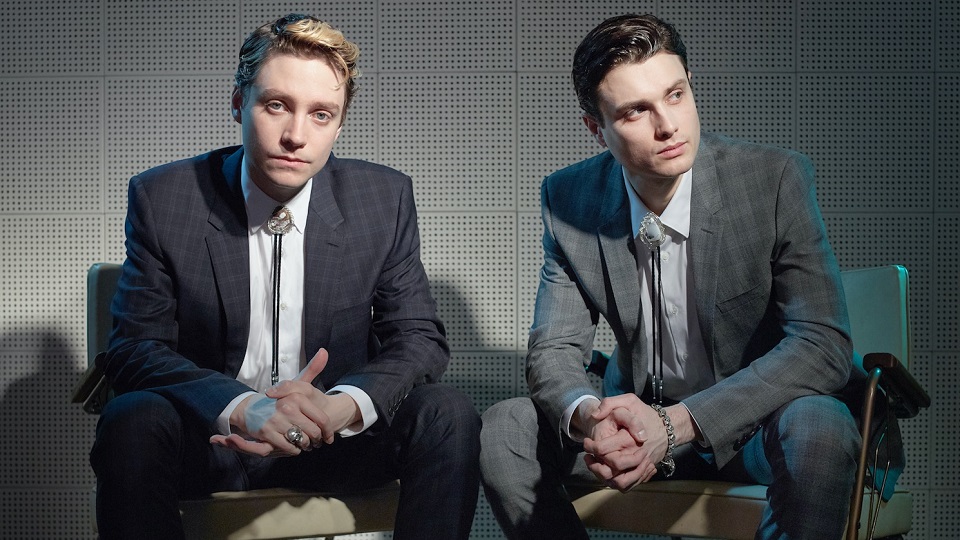 The song is the second single to be taken from the band’s debut album All My Shades Of Blue, which is out now on Ramseur Records/Thirty Tigers. Band members Rupert and Henry Stansall wrote the track in Nashville with Brendan Benson, formerly of The Raconteurs. Finer Things is available to listen to now via Soundcloud.

The duo said: “If you can’t afford the things you want in life, you’ve probably got a taste for finer things. The recording process for this song was a lot of fun. The demo was recorded out in Nashville with Brendan at his studio. Most of the instruments there were captured down one mic – it was a fun process writing and creating the song. When we re-recorded the song with Rick Rubin, the musicians he brought around the track were incredible. From Chad Smith’s high energy beat to the soaring brass section made up of Dana Nielsen, Mitch Manker (Ray Charles) and Gabrial McNair (No Doubt), the song was really kicked into gear and brought to life.”

Originally from Scunthorpe, Ruen Brothers were inspired by their dad’s love of music and grew up listening to bands such as Van Morrison and The Rolling Stones. They began performing gigs in local pubs and clubs before their song Aces caught the attention of former BBC Radio 1 DJ and global music influencer Zane Lowe and legendary producer Rick Rubin, who produced their debut album.

All My Shades Of Blue was recorded at Rubin’s Shangri-La Studios, with Henry on acoustic guitar and Rupert playing electric and acoustic guitar and bass, with vocals from both brothers. The album also features an all-star cast of musicians, including Chad Smith (Red Hot Chilli Peppers) on drums, Dave Keuning (The Killers) on strings and the late Ian McLagan (Faces/Small Faces) on keyboards. It’s already received acclaim from outlets including Clash and PopMatters.

Alongside working on their own music, Ruen Brothers have also written songs with The Weeknd and performed at Glastonbury, Coachella and Bonnaroo festivals, as well as supporting a host of big name acts. They’re currently on tour in the US promoting the album, with more shows to be announced soon.