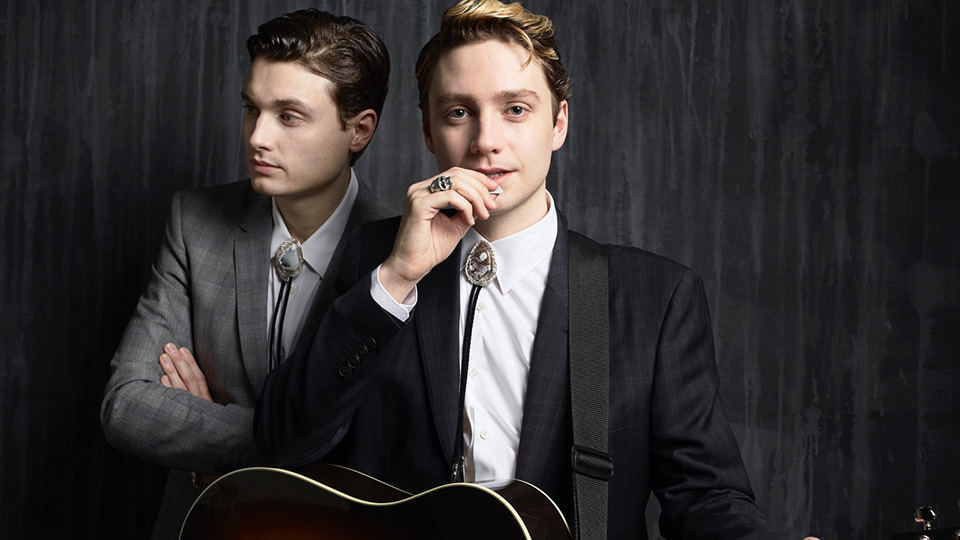 Henry and Rupert Stansall – also known as Ruen Brothers – have come a long way from playing pubs and clubs in their native Scunthorpe. They released their debut single Aces back in 2013 to much acclaim, and fans have been eagerly awaiting an album ever since. Now they’re finally releasing their first LP, All My Shades Of Blue, produced by the legendary Rick Rubin and features the likes of Red Hot Chili Peppers’ drummer Chad Smith, The Killers’ Dave Keuning and the late Ian McLagan of the Faces.

The record opens with Coyotes Of Malibu, a short recording of the wild dogs that live near Rubin’s Shangri-La studios in California, where much of the album was recorded. Their yelps and howls set the tone for the record and create a Wild West-style atmosphere. From there you’re launched into Walk Like A Man, a driving blues-influenced number with plenty of twang and an old-school shuffling rhythm that instantly grabs you and doesn’t let go for three minutes. There’s a good balance between gravel, snarl and wail in Henry’s lead vocal and the harmonies between the brothers are fantastic too.

Throughout the album the band do a great job of mixing upbeat melodies with dark, dramatic lyrics, as well as covering a range of musical styles. The gospel-influenced Finer Things has a 70s rock feel and is packed full of details with a swaggering horn section amongst the layers of instruments, whilst An Evening Dreaming has touches of Britpop in its opening bars and makes you feel completely immersed in the narrative. Elsewhere, Motor City combines quick lyrical delivery with honky-tonk piano, and the defiant Aces has a great classic rock and roll feel about it.

Two of the standout songs for me are the ballads All My Shades Of Blue and Make The World Go Away. The title track starts off with a slight folky vibe, which adds to the subdued feel, before picking up into a powerful, yearning chorus. Henry hits some huge soaring notes and there’s a really timeless feel to the song. Make The World Go Away, meanwhile, is a sorrowful stripped-back acoustic number with shades of the Everly Brothers. You can picture the pair crowded round a microphone suspended from the ceiling and the wave-like drum effects and backing singers add a dreamy vibe. I also loved the sultry, bittersweet Summer Sun, with its rich images of the California sunsets and palpable sense of regret, as well as showcasing the belt in Henry’s voice.

The album closes with Strangers, a midtempo melancholy song about life on the road which put me in mind of the likes of Marty Stuart and drums reminiscent of Ben E King’s classic Stand By Me, and the Eagles-esque Caller. For me the latter song sums up the record perfectly. Its gentle verses and steady, persistent rhythm build up into a big chorus with pleading vocals and some impressive high notes from Henry that capture the loneliness of missing a lover.

Overall Ruen Brothers have made a brilliant debut album that combines classic rock and roll sounds from across the eras whilst still feeling modern and fresh. Their voices blend perfectly together, they’ve got a great knack for storytelling and are skilled guitarists too. This is a record that’s going to get festival crowds dancing and singing along this summer and is a great foundation for them to build on. Personally I can’t wait to hear these songs live and am already looking forward to what they’ll do next.