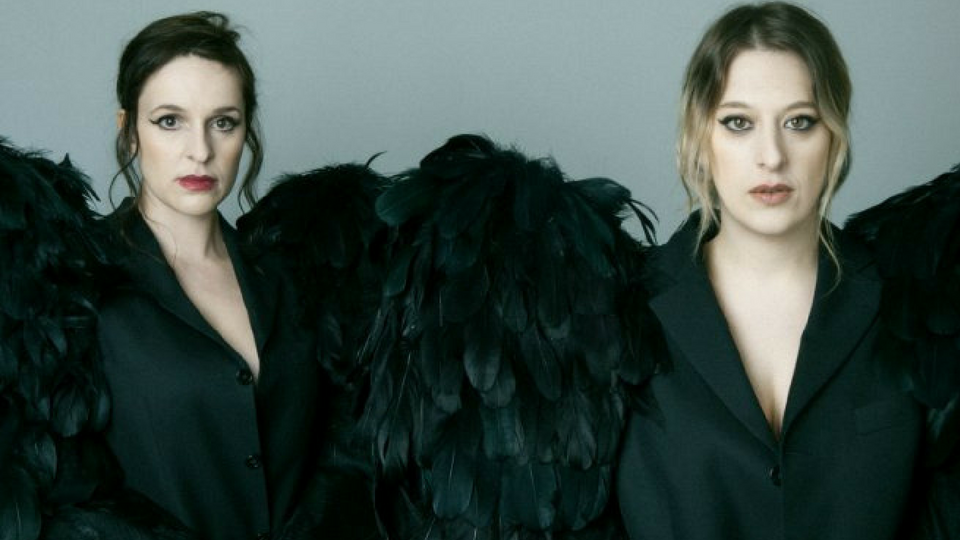 Norris & Parker bring their second full hour to the Fringe with Burn The Witch. Starting at 10.45pm, it is a late night dark, crude and relentless ‘witching hour’ thrust upon the audience.

Opening with a Europop-style song and dance number ‘Burn Ze Vitch’, the crowd lap up their high jinx and playful audience participation (boys on the front row, beware!). The talented pair, Katie Norris and Sinead Parker, met on the same acting course in Manchester in 2009. Discovering that they share the same birthday, instantly, their friendship was cemented and a vibrant new sketch duo was born.

Norris & Parker seem fearless, bursting with energy as they parade a series of amusing but mostly two-dimensional characters before our eyes. The riotous hour lacks structure. The girls are of course delivering a feminist message tackling the oppression of sexually active women of days gone by, and in the present day, who were labelled, shamed and, in the case of ‘sex witches’, even executed for their promiscuity. In turn, we meet sex-starved northern pub singer Jean Finger (the most well-observed character by far) being led across a bewildering journey of sexual self-discovery that builds to a satisfying climax. For her, at least. Predictable pay offs meant the shock laughs just don’t land in all the right places.