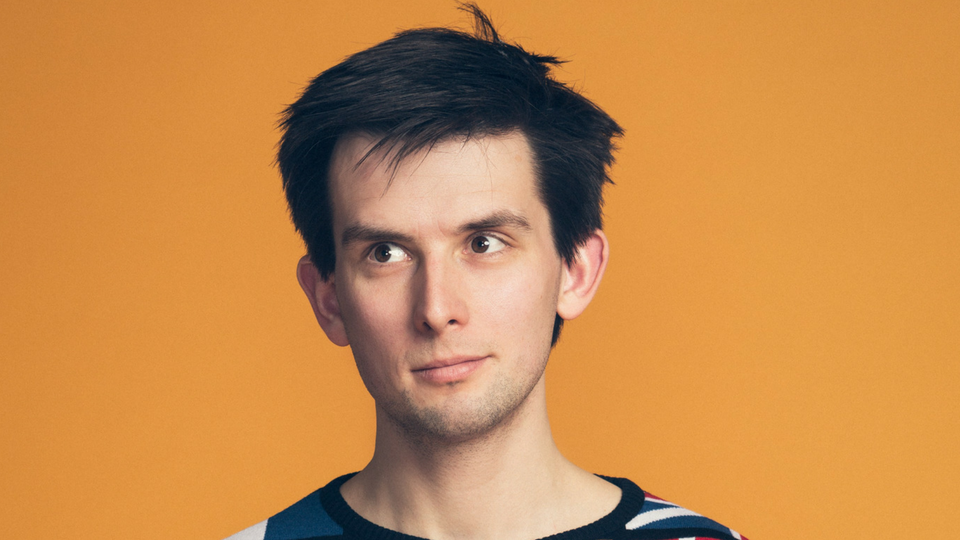 Kieran Hodgson is confused about Europe. Still, aren’t we all? Two years on from the referendum and the term ‘hard Brexit’ rears its ugly head time and again. So, Kieran is intent on trying to work it out. He’s revisited the 1960s to start his research of the big question: ‘How did we get into this mess in the first place?’

Unsurprisingly, Europe is a complex issue but with Kieran’s mastery of high energy character comedy, he pulls off the unenviable task of trying to make sense of Brexit. Middle class Kieran hails from Huddersfield and the top of the show begins with a stereotypical northern working class dialogue that reveals his horror in discovering that his very own (well, ‘stage’) mother voted Leave. He struggles to come to terms with how it’s possible to still love someone who holds such a polar opposite opinion to your own. Two years on, he recognises that it’s taken him a long while to stop reeling from the initial shock and it’s time to examine what turn of events brought the country from 1975’s decision to embrace the Common Market to where it is today.

You don’t need to be fully switched on to politics or laden with historical knowledge to grasp Kieran’s gags, it’s accessible comedy littered with amusingly accurate impressions of Thatcher, Blair, Enoch Powell, Tony Benn and, of course, Ted Heath. Examining the decisions and divisions about the ‘Europe’ debate of the past gives Kieran some comfort and cause for concern. Is it a comfort to know that the burning resentment and arguments are age old, and that politics is cyclical? Or, like many remainers worry, should we fear that without membership of the EU that the peace we believed stable since World War Two is threatened? Can there be a compromise? With uncertainty and division comes tension. Kieran helps us to laugh along the way, even if we still aren’t sure we’ve made sense of this complex political issue in the hour, he’s had a bloody good crack at it.

If you aren’t yet sick of the Brexit debate and want an engaging overview of Britain’s relationship with Europe from 1963-2016, then this is the show for you. Niche? Perhaps, but Kieran’s cleverly crafted monologue keeps a heavy, dry topic accessible with skits and sketches along the way. Looking like a cross between David Tennant and Jim Carrey, with detailed skits, powerful and playful delivery of his physical comedy, he clearly enjoys playing the character of himself. Kieran makes peace with his stage mum and recognises that the argument will likely rage on throughout our lifetimes – just as it has done for decades before – and we should not let it divide us from our loved ones, no matter how foolish we perceive their choices. Humorous analogies will make you giggle throughout this smartly written solo piece, impressively executed. Kieran doesn’t have all the answers but he still cares about figuring them out. In-fighting and division is the mainstay of politics – that’s nothing new – and in a way, we are to be comforted by a decision that was out of our individual control. That’s democracy. Divide of opinion has always existed and so it will remain.