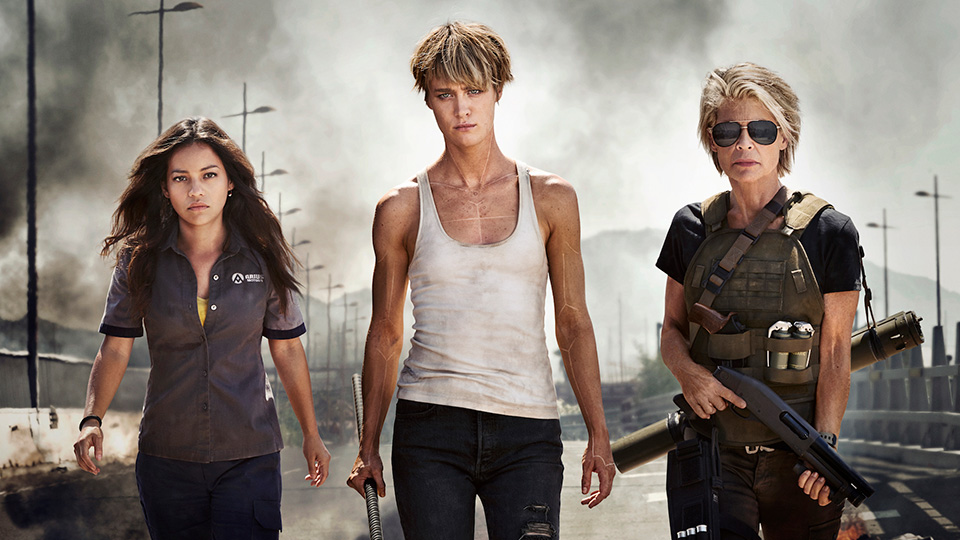 An image has been released for the upcoming Terminator sequel featuring the movie’s three leading ladies.

The first-look image, which appears at the top of this article, features Natalia Reyes as Dani Ramos, Mackenzie Davis as Grace and Linda Hamilton as Sarah Connor. How the three women are connected remains a mystery but the image looks pretty badass doesn’t it?

The untitled film is in production now and will be a sequel to James Cameron’s original Terminator series. It’s expected to be released in UK cinemas in November 2019.

Arnold Schwarzenegger will be back and alongside Hamilton, Davis and Reyes, the film will star Gabriel Luna and Diego Boneta.

James Cameron’s original Terminator films were 1984’s Terminator and 1991’s Terminator 2: Judgment Day. The series was continued by Jonathan Mostow in 2003 with Terminator 3: Rise of the Machines, McG’s Terminator Salvation in 2009, and Alan Taylor’s Terminator Genisys in 2015

The franchise has taken more than $1.8 billion at the global box office.