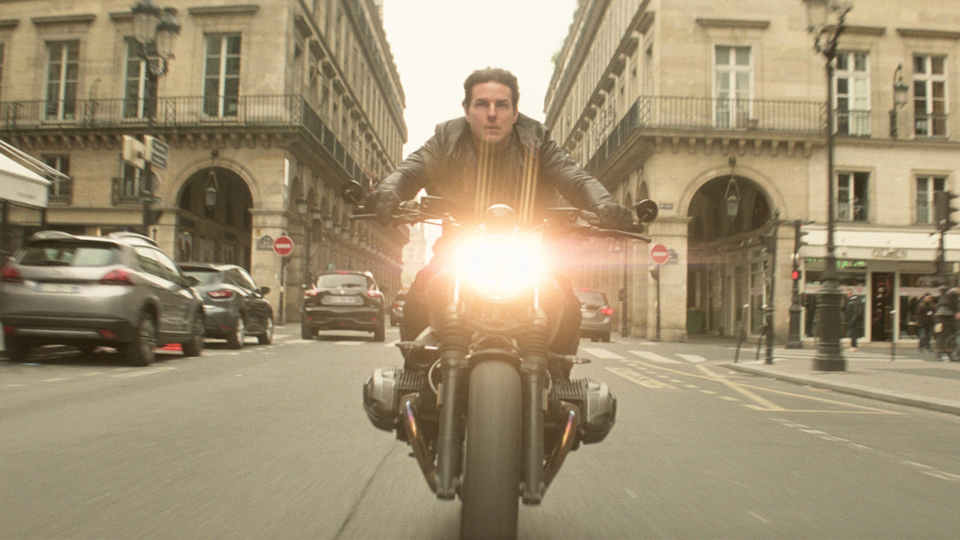 The best blockbuster of the year is finally in cinemas – Mission: Impossible – Fallout! To celebrate, we have a bunch of new clips to enjoy showcasing why the film is such a 5 star gem.

Starring the world’s biggest movie star Tom Cruise, the sixth Mission: Impossible movie pulls no punches and manages to top the previous efforts with some amazing spectacle and stunts that will leave your jaw firmly attached to the floor!

Check out our 5 star review of Mission: Impossible – Fallout

The clips and featurettes released by Paramount Pictures cover a lot of aspects of the movie. We start with IMF leader Ethan Hunt (Tom Cruise) having to jump out of a window in order to save the day. Then we have some character featurettes that delve into the roles played by Simon Pegg, Henry Cavill and Angela Bassett.

We take a detailed look at the amazing stunt chase motorcycle sequence that takes place in Paris near the world famous Arc De Triomphe. Some featurettes and TV spots join an extended clip showcasing a bathroom fight sequence.

Finally we have some footage from the Mission: Impossible – Fallout world premiere in Paris, one of the key cities in the film.

‘The best intentions often come back to haunt you. Ethan Hunt (Tom Cruise) and his IMF team (Alec Baldwin, Simon Pegg, Ving Rhames) along with some familiar allies (Rebecca Ferguson, Michelle Monaghan) are in a race against time after a mission gone wrong.

If you have liked any Mission Impossible movie in the past then you’ll love Fallout. Heck, if you love cinema then you can’t help but love Mission: Impossible – Fallout because it’s what blockbuster cinema should be – entertaining, thrilling and full of edge of your seat tension and adventure!

Check out more clips from Mission: Impossible – Fallout below;