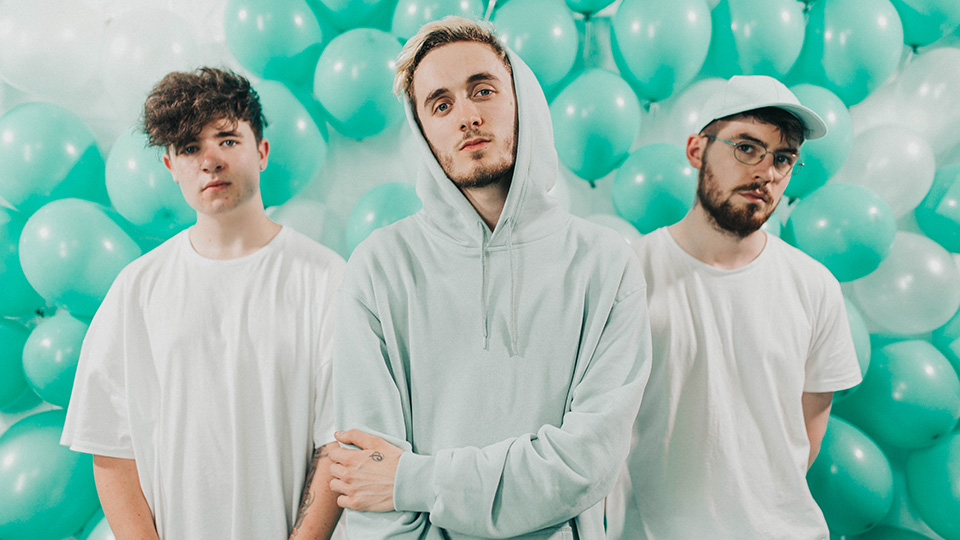 London pop/punk trio Shaded have released the video for their single Tell Me.

Created by Zak Pinchin (Mallory Knox, Rolo Tomassi), the video finds the band performing in front of a wall of white and turquoise balloons. Frontman Matt East is also seen singing down a telephone.

Speaking about the track Matt says, “Tell Me comes from a place in my previous relationship where I felt that there was a serious lack in communication. I spent so long over-thinking and being made to feel that I was solely and entirely at fault.”

The video arrives as the band announce that they’ve signed to LA-based label Common Ground Records.

The label’s co-founder Brittany Hughes said, “We’re so stoked to welcome Shaded to the Common Ground family! They’re one more example of the insane talent that’s been brewing in the UK music scene recently and we can’t wait to share them with the world.”

Shaded have just supported Birmingham-based emo/punk band Layover on their UK tour and will be performing at Torquay’s Burn It Down Festival on 1st September. The band is also making plans to hit the road again later this year.

Matt East and guitarist Callum Irons started Shaded. Following the release of their 2017 EP The Better Man in Me, the duo recruited bassist Dan Bradberry as they hit the live circuit.

Advertisement. Scroll to continue reading.
In this article:Shaded