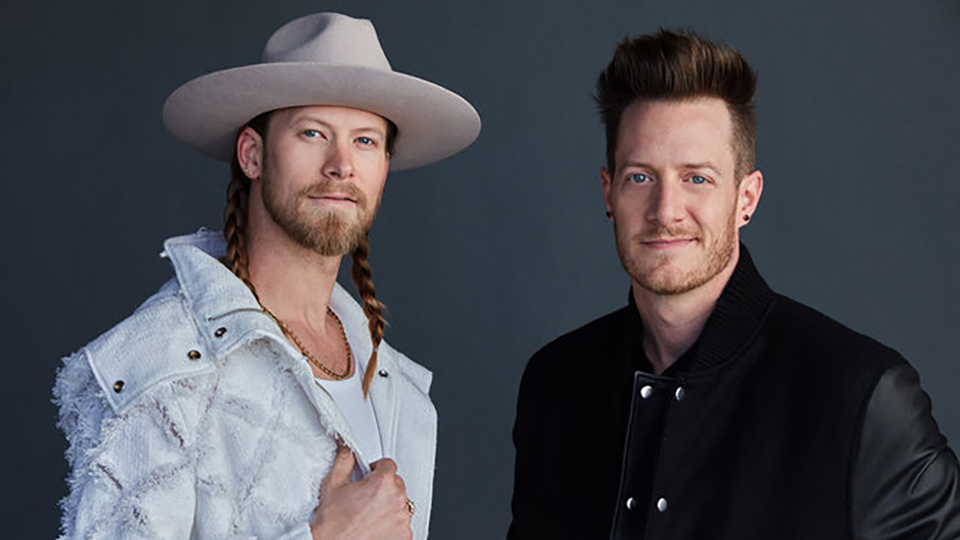 Florida Georgia Line have made chart history by topping Billboard’s Hot Country Songs for the most weeks cumulatively.

The duo have now racked up 90 weeks on the chart, the highest number since it originated as an all-encompassing genre songs survey in 1958. Country legend George Strait previously held the record with 84.

“We are absolutely blown away and extremely humbled to even be on the same chart as George Strait and some of our other heroes and country legends, so it’s wild to see our songs total 90 weeks at No. 1”, band member Brian Kelley told Billboard. “It’s really hard to wrap our brains around that, but it’s also super-inspiring to get back in the studio and create more music for our fans.”

The feat comes as Florida Georgia Line’s three-times platinum single and 15th number 1 Meant To Be, featuring pop star Bebe Rexha, spends its 34th week atop the Hot Country Songs list. It’s now level with Sam Hunt’s 2017 smash Body Like A Back Road as the longest-running number 1 song on the chart, and is expected to pass the record next week. Meant To Be is also leading Country Streaming Songs, with 15.2 million streams in the US alone, and previously topped the Country Digital Songs Sales and Country Airplay charts.

Additionally, the song has been nominated for Best Collaboration at the upcoming MTV Music Video Awards, which takes place at Radio City Music Hall in New York on 20th August. It’s Florida Georgia Line’s first nomination at the event.

“It’s safe to say that we all felt like we had something special when we left the studio that night,” Florida Georgia Line’s Tyler Hubbard says of the song, which he wrote with Rexha, Josh Miller and David Garcia. “But it was more than just special. There’s no doubt that this song is anointed by the best writer there is, the Lord. With every unexpected surprise in the story of Meant to Be, God was showing himself to be stronger than any tradition or genre. I’m so thankful to be a part of this song and humbled more with each week that it remains at the top of the Billboard chart.”

Meant To Be is Florida Georgia Line’s sixth Hot Country Songs chart-topper, following Cruise, Stay, This Is How We Roll, Dirt and H.O.L.Y.. Cruise, a hit for the band in 2012, previously held the record for the longest-running Hot Country Songs number 1 with 24 weeks.

Alongside Rexha, Florida Georgia Line will join Billboard’s West Coast Editor Melinda Newman for a special conversation and performance of Meant To Be at the Clive Davis Theatre in Los Angeles on 13 August. They’ll also appear on The Late Late Show with James Corden the following night to perform their new single Simple, which is currently in the top 15 and climbing. Simple is the first track released from the band’s upcoming fourth album, due out later this year on BMLG Records.

As part of a packed summer of live dates, Florida Georgia Line will play at the inaguraul FGL Fest during the 25th annual NASCAR weekend at Indianpolis Motor Speedway on 8th September. They’ve also announced a Las Vegas residency at Zappos Theater at Planet Hollywood Resort & Casino in December, with support from Mason Ramsey.

With 4.2 billion streams and more than 4.3 million albums sold worldwide, Florida Georgia Line are one of the most popular country acts around. Their breakout song Cruise remains the best-selling digital country single of all time and made them the firt country act to achieve RIAA Diamond certification, selling over 10 million copies. Since 2012, the band has won at the AMAs, ACM Awards, CMA Awards, CMT Awards and Billboard Awards, including the first-ever Billboard Trailblazer Award. They’ve also written a string of hits for other country artists and have a range of business ventures including Old Camp Peach Pecan Whiskey, FGL HOUSE in Nashville and Tree Vibez Music publishing company.