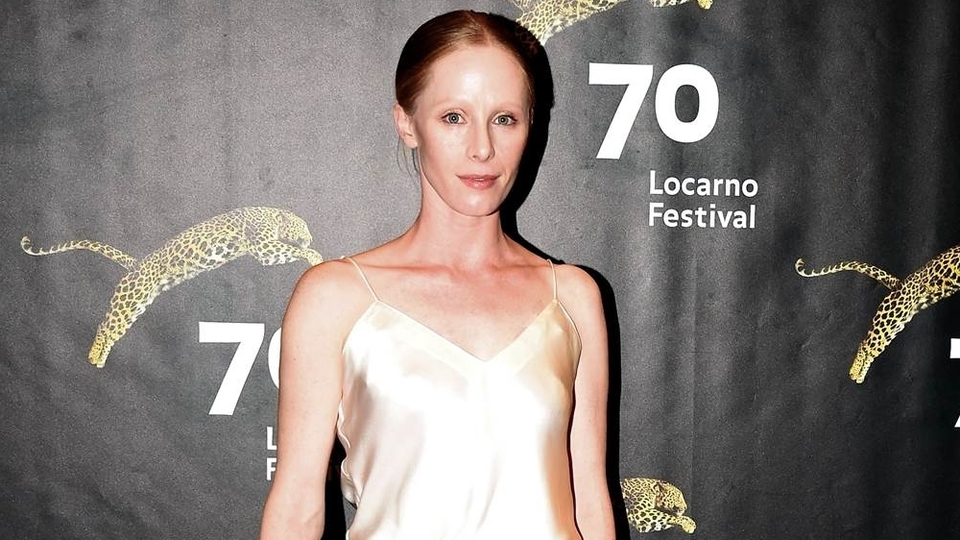 Iceman is heading to UK cinemas and On Demand on 27th July 2018. The revenge thriller is from writer/director Felix Randau and stars Jürgen Vogel, Susanne Wuest and Franco Nero.

The discovery of the Iceman was huge news in 1991. Known as Ötzi, the frozen mummy was found by two German tourists in the Ötztal Alps on the Austrian–Italian border. This film attempts to fill in the narrative backstory of Ötzi and the events that could have led to him being murdered

Check out our full review of Iceman.

Susanne Wuest has been a name you can trust for quite some time now. The popular actress has had an eclectic career, including some fantastic genre work in the horror/thriller Goodnight Mommy and The Cure for Wellness.

We chatted to Susanne about all things Iceman, the legacy of the true-life story surrounding the film and her career to date.

How did you first get involved with the Iceman project?

I received an email from Felix Randau (Writer/Director) with the script attached, asking me if I wanted to be Mrs Ötzi. I couldn‘t stop laughing first, I said yes nearly immediately!

You play Kisis, a small but very pivotal role in the film – what attracted you to the part?

How often does one get the chance to play someone, who has lived 5000 years ago? I had to do this! And then, the prospect of shooting 3000m up in the Alps was super-tempting. I thought, this might be an amazing adventure and challenge, an experience I haven‘t had before – and it was!

Were you familiar with the real-life story behind the discovery of the Iceman before taking on the role?

Yes, I was. Growing up in Austria Ötzi has been all around since he was found. His remains are quite the sensation. Did you know Brad Pitt has him tatooed on his arm?!

I didn’t know that!

What is it like working alongside writer/director Felix Randau and Jürgen Vogel (in the lead role as Kelab)?

I loved every minute of it. We had such a great time. We still meet and chat regularly, parts of this team cooks together every few months – we even watched some of the soccer world cup together. And with Jakub (DOP) I’ve already worked again – we finished shooting Perfume (Netflix show, released this fall) last November.

Do you workshop scenes extensively beforehand?

We went through most of it before – but the biggest challenge was to get used to the environment. Working in thin air, getting accustomed to it…

Is there room for much improvisation on a project like this?

Well… no, not really. But this was down to the environment more than to the scale of this film. Every step up there has to be considered carefully otherwise you‘re putting yourself and others in unnecessary danger.

The sheer scale and endeavour of this film is impressive. How was it working on such a big budget production, with such a keen eye for detail and authenticity?

It was quite amazing. To witness the building of that village… the make up achievement alone was fantastic. And South Tyrol is just the most beautiful workspace one can possibly have.

Iceman is a classic suspense in many respects, and allows the slow-burn tension to work really well, echoing films like The Revenant. It also doesn’t shy away from quite visceral examples of violence. The attack on the village at the start of the film is a perfect example of this. Talk us through shooting that scene, and how it comes together so well in the finished film.

Shooting that scene took two or three days alone. While most of it is one long shot, which wasn‘t easy to achieve, it was very technical and the stunts had to go well. I love physically demanding work. But I was happy when it was done.

The film has been a hit on the festival circuit already – how has it been travelling with the movie and seeing such positive reactions from around the world?

It‘s always beautiful to see a film fly… we had a great start in Locarno a year ago, I love that festival very, very much. I couldn‘t travel with it as much as I would have loved to due to new films though.

You’ve been in some wonderful movies recently, but a personal favourite was your amazing work in the horror/thriller Goodnight Mommy. What are your memories of working on that film, and the cult status the film has now achieved?

It‘s crazy because that seems a world away by now. I‘ve worked so many films (27) since then! I‘m amazed by the popularity Goodnight Mommy holds and of course, this means a lot when people tell me how much they love it!

A Cure For Wellness was another one of your projects that tapped into the horror of a real world setting. What is it about these types of stories (A Cure For Wellness and Goodnight Mommy) that resonate so well with audiences do you think?

I loved working on A Cure for Wellness with Dane DeHaan and Gore Verbinski! I would have loved to show more of this character!

Well, good question… To me, genre today is the real arthouse. To me, it‘s the best way of telling a story about the society we live in. It‘s today’s Grimm‘s fairytails… we can all relate to those stories without directly thinking ‘That’s me!’ and personally I really love working on genre films. I just finished shooting an episode of Lore for Amazon!

Tell us about your upbringing and what first inspired you to becoming an actor?

I‘ve always loved books. It felt natural to add another layer to it by turning stories into something real. I did this before I even knew it existed out there as a job, as something others do aswell. It was such a relief to see there‘s a whole world out there with this in it!

I grew up in anything but an artistic family! I would have loved to have other artists around me. I ran away when I was 15 to work in a big theatre in Vienna (and finished school at the same time). I was quite the punk… I think I still am!

How has the industry changed since you’ve started? Do you think it’s easier to break into Film and TV now?

That‘s a big one… I’ve been thinking a lot about this recently. Yes it has changed… profoundly. Maybe it‘s a bit easier today because everything‘s more connected and more accessible. But every age has it‘s own handicap. And this is the age of Social Media. More visibility means being judged harshly from earlier on, before you can form yourself. There‘s a price to pay for everything. And all that said, I think the 80s/90s produced amazing cinema. I‘d like that back.

Jodie Foster. Christopher Walken. I had such a crush on him. Jeff Goldblum. John Goodman. Klaus Maria Brandauer (who happened to be one of my first director’s later).

Many believe we are in a golden age of TV and that it has overtaken Film in terms of quality. Do you agree with that?

I agree with this. And it has opened up a new field for actors of all countries.

You have some amazing projects on the horizon. Can you tell us about your upcoming slate?

I always handle productions which are just coming together like raw eggs. But I‘m really looking forward to the releases of Lore (Amazon), Perfume (Netflix) both this fall – and I can‘t wait to see Sunset by Laszlo Nemes (Son of Saul) coming out!

Finally, you spend a lot of your time travelling but I understand that you have a very fond place in your heart for London. What do you love about the capital and do you get to spend much time here?

I‘ve been in love with this city, this country and it‘s people since childhood and it has only grown since then. A few months ago I decided it‘s time for a commitment and found a place in North London. It‘s a wonderful city and the film/art community is hugely inspiring. Some of the best out there today live here. And to have that privilege to be here, to meet those people I look up to, to see them work – it‘s enormously energizing and fullfilling. I‘m in a very good place right now.

Iceman is in cinemas & on demand from 27th July 2018.
For more on Susanne Wuest check out her website www.susannewuest.com