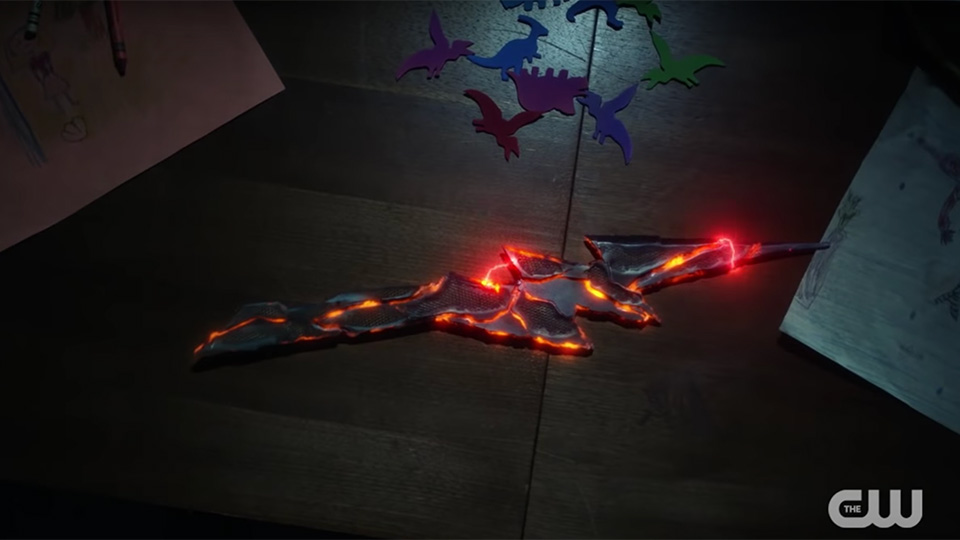 Barry (Grant Gustin) and Iris (Candice Patton) may have been surprised when their daughter Nora (Jessica Parker Kennedy) arrived at the end of season 4 but she’s not done surprising them yet!

The teaser trailer for The Flash’s upcoming fifth season dropped at San Diego Comic-Con last night and it looks like Nora has a lot more to tell her parents. Originally seen throughout season 4 as a mystery character, Nora’s identity was revealed in the finale and her arrival caught everyone off guard.

In the trailer Nora is shown talking to Barry, who is worried that she’s going to change her own timeline, and it appears that she’s holding some news back about the demise of one of the team.

As well as bearing bad news, Nora has the Flash Ring, part of Barry’s costume in the comics, that enables him to put on his suit at super-speed as it’s packed inside the ring. The Flash Ring has been part of the comics for a long time and fans have been wondering if it was going to pop up in the show.

The trailer also teases the arrival of new big bad Cicada, played by Chris Klein, who uses Flash daggers to drain the energy of his victims.

Ahead of season 5’s arrival it’s already been announced that Keiynan Lonsdale will not be back as a series regular playing Wally West following his departure from DC’s Legends of Tomorrow but he will be in the first episode of the new season.

Danielle Nicolet has been promoted to series regular as Joe’s (Jesse L. Martin) love interest Cecile Horton, who is the mother of his latest child. Tom Cavanagh will be playing Sherloque Wells, a version of the character that we haven’t seen in the show before.