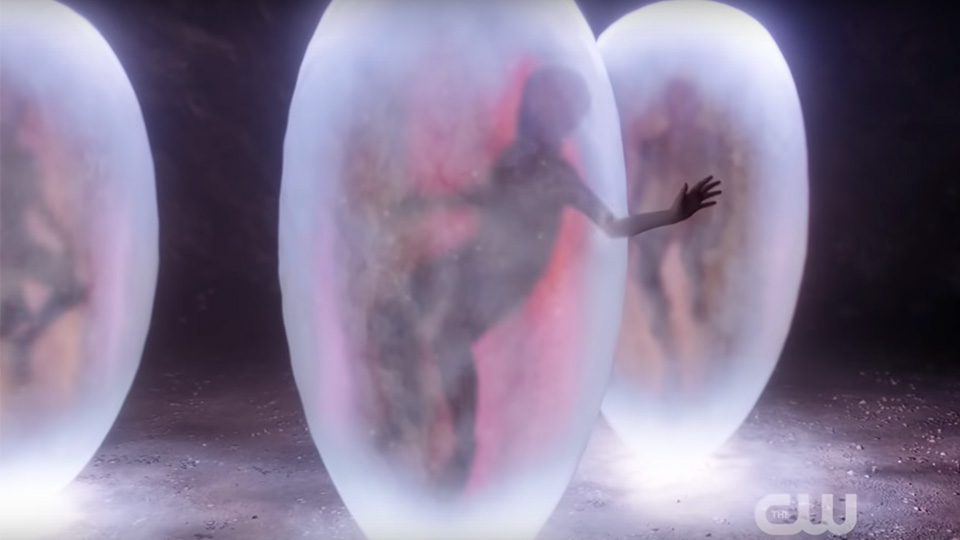 The long-mooted Roswell reboot finally has a first trailer, which made its debut during San Diego Comic-Con yesterday.

After reluctantly returning to her tourist-trap hometown of Roswell, New Mexico, the daughter of undocumented immigrants discovers a shocking truth about her teenage crush who is now a police officer: he’s an alien who has kept his unearthly abilities hidden his entire life. She protects his secret as the two reconnect and begin to investigate his origins, but when a violent attack and long-standing government cover-up point to a greater alien presence on Earth, the politics of fear and hatred threaten to expose him and destroy their deepening romance.

Fans of the original will note that many of the character names are similar but the premise has been given a bit of a twist. The series has been developed by Carina Adly Mackenzie and original executive producer Kevin Kelly Brown is resuming the same role for this version.

The pilot episode is directed by Julie Plec (The Vampire Diaries, The Originals) and the show is expected to debut mid-season on The CW in the US so look out for a 2019 air date to be confirmed.