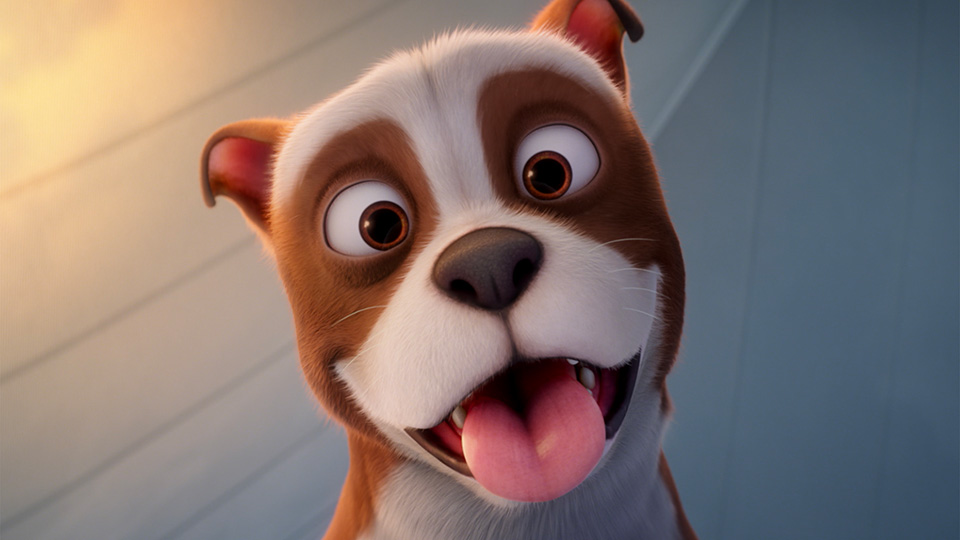 The film is directed by Richard Lanni and boasts a voice cast including Helena Bonham Carter, Gerard Depardieu, and Logan Lerman. Sgt. Stubby is based on the real-life story of America’s most decorated dog – a stray rescued from the streets of New Haven, Connecticut, by a young doughboy on the eve of America’s entry into World War I.

With the “War to End All Wars” looming, the life of Army “doughboy” Robert Conroy (Lerman) is forever changed when the little stray dog with a stubby tail wanders into his training camp, where Conroy gives his new friend a meal, a name, a family and a chance to embark on an adventure that would define a century.

A genuine, four-legged American hero, Sgt. Stubby soon finds himself in the trenches of France, embarking on a historic adventure by his beloved Soldier’s side, to show the world the true meaning of dedication, loyalty and bravery in this thrilling “tail” of adventure for the entire family.

Narrated by Robert’s sister Margaret (Bonham Carter), Stubby and his new best friend quickly find themselves in the trenches of France. Befriended by French poilu Soldier Gaston Baptiste (Depardieu, Stubby accompanies the duo along their epic journey through harsh conditions and incredible acts of courage. As combat rages around them, Stubby keeps the trenches vermin-free, alerts his comrades-in-arms of incoming attacks, rescues the wounded in No Man’s Land and even catches a German spy! Back home, his exploits make the front pages of newspapers across the country and steal the heart of the nation.

For valorous actions above and beyond his small stature, Stubby is recognized as the most decorated dog in history and the first dog promoted to the rank of Sergeant in the U.S. Army, showing the world that the greatest heroes can come from the unlikeliest of places.

Take a look at some stills from Sgt. Stubby in our gallery below: