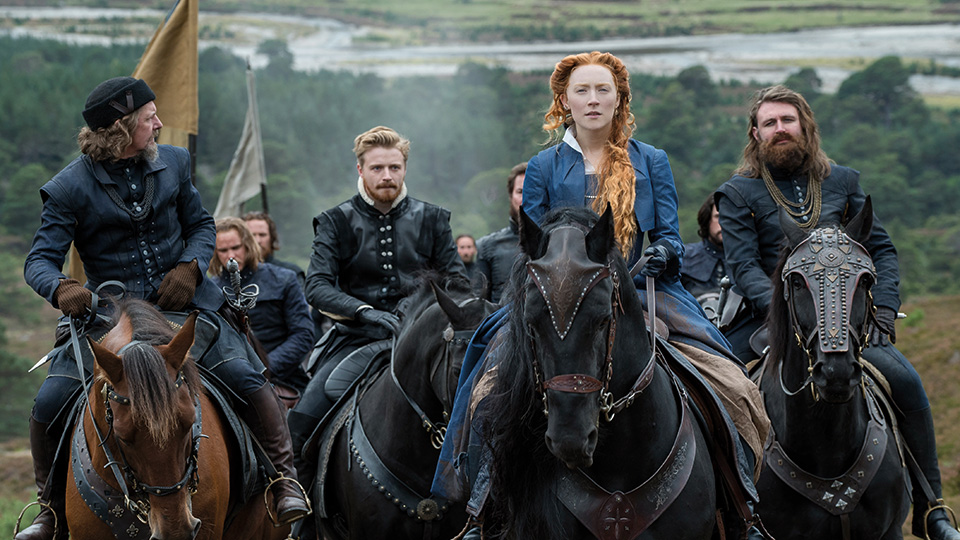 Prepare for all out war as Saoirse Ronan (Lady Bird) and Margot Robbie (I, Tonya) go head-to-head in the new trailer for Mary, Queen of Scots.

The film stars Saoirse Ronan, Margot Robbie, Jack Lowden, David Tennant, Joe Alwyn, Martin Compston, Brendan Coyle and Guy Pearce. It is directed by Josie Rourke with a screenplay from Beau Willimon, based on My Heart Is My Own: The Life of Mary Queen of Scots by John Guy.

Mary, Queen of Scots explores the turbulent life of the charismatic Mary Stuart. Queen of France at 16 and widowed at 18, Mary defies pressure to remarry. Instead, she returns to her native Scotland to reclaim her rightful throne. But Scotland and England fall under the rule of the compelling Elizabeth I.

Each young Queen beholds her “sister” in fear and fascination. Rivals in power and in love, and female regents in a masculine world, the two must decide how to play the game of marriage versus independence. Determined to rule as much more than a figurehead, Mary asserts her claim to the English throne, threatening Elizabeth’s sovereignty. Betrayal, rebellion, and conspiracies within each court imperil both thrones – and change the course of history.

The trailer gives a glimpse into the tension and friction between Mary and Elizabeth, and the film promises to deliver a gripping battle between the two women.

Alongside the trailer, two character posters have been released with Mary on one and Elizabeth on the other. You can see them below:

The first three stills have also been released from the film and you can see them in our gallery below:

Mary, Queen of Scots will be released in UK cinemas on 18th January 2019.

In this article:Margot Robbie, Mary Queen of Scots, Saoirse Ronan