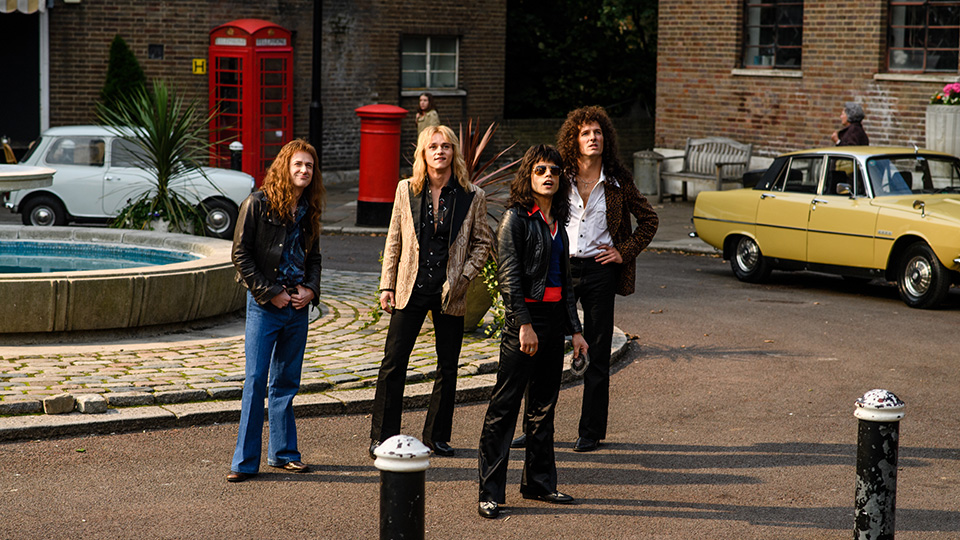 A new trailer has been released for upcoming Queen biopic Bohemian Rhapsody and it’s the most extensive look at the film yet.

Starring Rami Malek as Freddie Mercury, Gwilym Lee as Brian May, Ben Hardy as Roger Taylor and Joseph Mazzello as John Deacon, the film is a celebration of the iconic band, their music and their legendary frontman.

The trailer shows the moment where Mercury meets his future band mates and features some of their classic hits such as Bohemian Rhapsody and We Will Rock You. With glimpses of Queen working in the studio and butting heads, the film also promises to take a look at Mercury’s private life.

There are scenes of the band performing their triumphant reunion at Live Aid and Malek is look particularly impressive as Mercury, capturing the late star’s look, personality and charisma.

Take a look at some stills from Bohemian Rhapsody in our gallery below:

Advertisement. Scroll to continue reading.
In this article:Bohemian Rhapsody, Queen