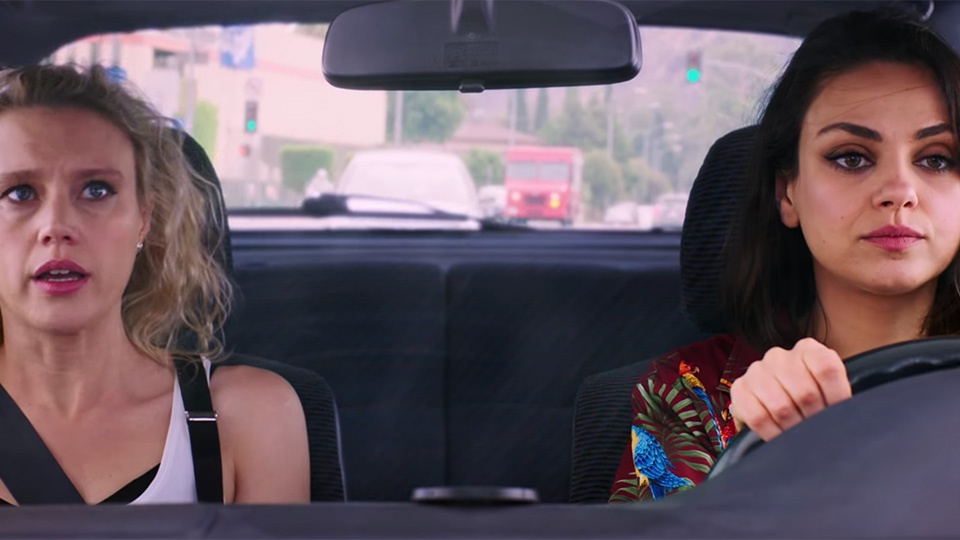 A new clip has been released from upcoming comedy The Spy Who Dumped Me and it looks like stars Mila Kunis and Kate McKinnon are in deep trouble.

The short clip sees Audrey (Kunis) and Morgan (McKinnon) have a misunderstanding about trust before revealing their situation. As Audrey drives, she asks Morgan what they should do after being told that they need to deliver a package otherwise people will die.

The only problem is the package has to be delivered to Vienna, which means the duo will have to get it to Europe without getting themselves killed.

Not sure what to believe, the friends realise they face two options: risk their lives by going to Europe to complete their mission or ignore the warnings they’ve had and put the lives of other people in danger. What will they do?

The clip is the second to be released from the movie. In the first one Audrey and Morgan use a taxi to make a getaway when they are being pursued. The poster and trailer for the movie was also revealed recently.

The Spy Who Dumped Me is a fish out of water comedy that tells the story of best friends Audrey and Morgan. Unwillingly and unexpectedly thrust into an international conspiracy when Audrey learns her ex is a spy, the duo find themselves on the run.

The Spy Who Dumped Me arrives in cinemas in the UK on Wednesday 22nd August 2018.