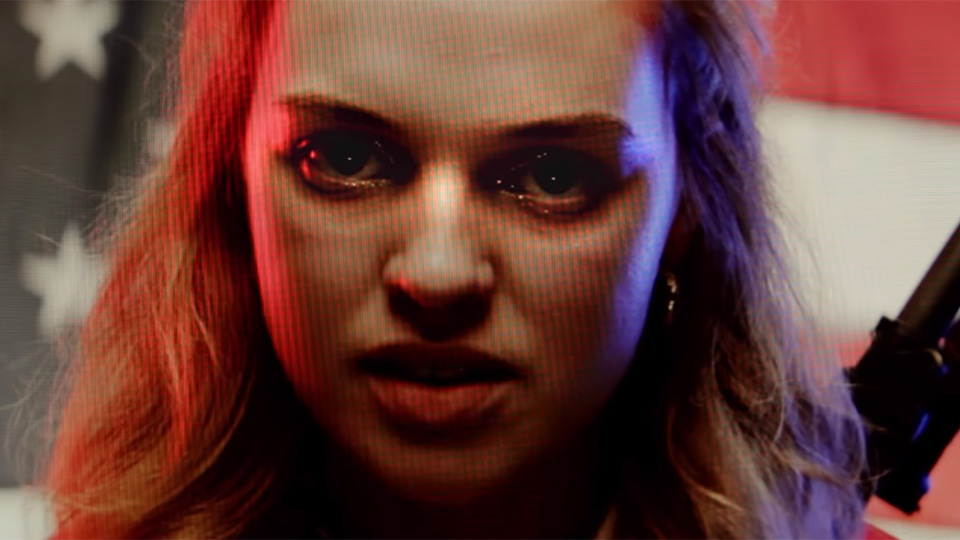 In the trailer we’re introduced to 18-year old Lily (Young) and her three best friends Em (Abra), Bex (Nef) and Sarah (Suki Waterhouse). Lily teases that the film is the story of how the town of Salem, where she and her friends live, ‘lost its mind’.

Over the course of the trailer the reliance of teenagers and young people on social media is evident and it highlights the darker side, with everything we post on the platforms being available to everyone. A data hack in the town leads to anarchy breaking out and soon Lily and her friends are weilding guns and out for revenge.

Assassination Nation feels like a cross between Heathers and The Purge series, and it promises to cause plenty of controversy when it arrives in cinemas this November.

The film was written by Levinson and produced by Manu Gargi, Aaron L. Gilbert, Anita Gou, David S. Goyer, Matthew J. Malek and Kevin Turen. It premiered at Sundance in the US back in January.