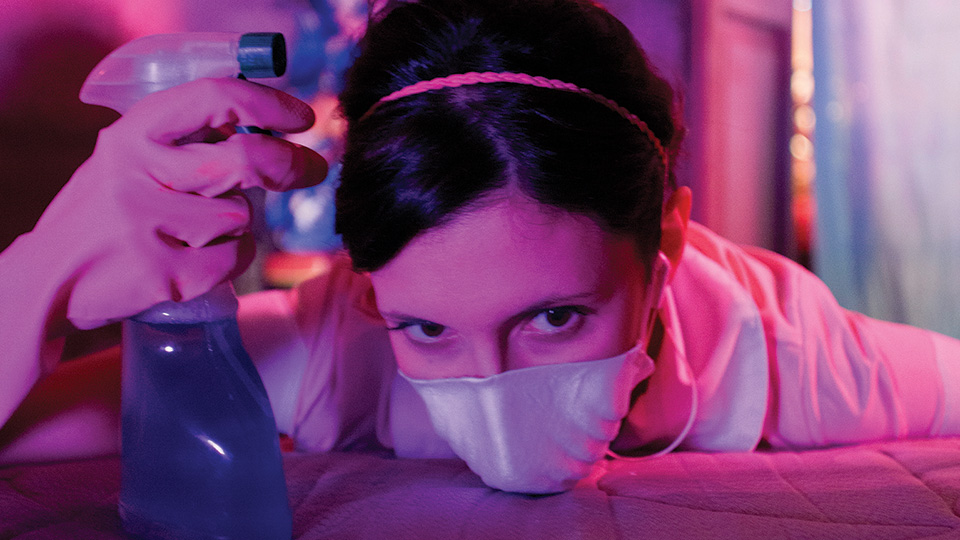 If you’re fed up with the pathetic histrionics of certain Latin American football teams at present, here’s an opportunity to enjoy some proper drama from that part of the globe – rather than watching grown men rolling around the football pitch for no reason.
Walter Presents is about to deliver two very different shows, both of which are from the Latin American continent. No VAR required…

The Cleaning Lady is about single-mum Rosa, a cleaning woman – you may have guessed as much – who works in a gym. One night, whilst scrubbing the canvas of the boxing ring to remove the bloodstains, she hears a gun-shot. The manager of the gym has been killed and she is ordered by the protagonists to clean away the stains to remove every trace of forensic evidence. Even though her life is under-threat from the gangsters responsible, she is nevertheless paid handsomely for her endeavours. In fact, she does such a good job, that the mafia return to her again to clear up after themselves when the next hit happens.

The interesting twist is that Rosa’s son – Felipe – is seriously ill, and the cost of his treatment prohibitively expensive. Therefore, whilst she is disgusted and repulsed by the work she is doing on behalf of these criminals, the generous financial benefits are a Godsend for her son’s medication. It’s an interesting conundrum. What would you do?
Each episode of this Argentinian series is relatively short – just 25 minutes – and almost telenovela in its feel. Whilst there are some bloody scenes, this show is more about the moral dilemma of Rosa’s predicament; and it’s handled with humour and compassion.

The Raid is a very different kettle of Latin American fish! Set in Rio de Janeiro in Brazil, it is about the Brazilian government’s attempt to clean-up the favelas (Portuguese word for slums) in 2010, prior to Rio hosting the 2016 Olympic Games. These incursions – which occur still – are undertaken under a programme called the Unidade de Polícia Pacificadora (Police Pacification Unit).

The show centres on a group of under-cover policemen who – on the same day that the UPP raid their favela – have their true identities revealed to the gang leader. He, despite having his livelihood threatened by the raid, puts a hit on the men. And, so begins a dangerous game of cat and mouse as the cops try to evade the gangsters, but also try to escape unharmed from the warfare going on around them.

This is an extremely violent and dark series; obvious comparisons would be with The Wire and Gomorrah. But The Raid has the added nuance of the use of genuine news footage taken from TV reports of previous raids interspersed with the acted scenes. The news reports are fascinating in themselves as we see aerial shots of streets full of people trying to escape capture by any means possible – hanging off cars, vans or motorcycles – as the authorities close in.

Virtually any TV show that draws comparison with The Wire is going toe to toe with one of the finest crime shows ever. The Raid – on the strength of this episode – is going to be very enjoyable; but mentioning it in the same breath as the Baltimore-set institution is like (going back to the football analogy) comparing a plucky non-league side with a Premiership giant. But give it time and perhaps The Raid will rise up the leagues and challenge for honours in the future. It certainly shows plenty of promise.

Walter Presents: The Raid and The Cleaning Lady are available now on All4.

In this article:The Cleaning Lady, The Raid, Walter Presents