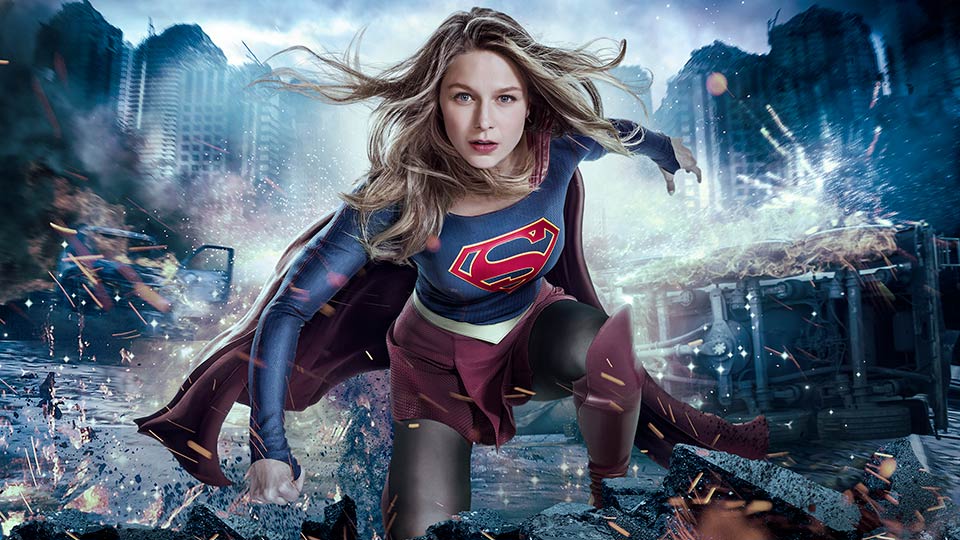 It was all change as the credits rolled on the third season of Supergirl.

If you haven’t seen the season 3 finale of Supergirl and want to avoid spoilers, we suggest you stop reading now. If you have seen it and want to hear our thoughts, continue reading.

Kara (Melissa Benoist) managed to put a stop to Reign (Odette Annable) but not before having to travel back in time for a do over. Unable to cope with having killed Reign, Kara went back to the pivotal moment and instead trapped her nemesis in a prison instead. She also managed to save Sam at the same time.

With that arc finally wrapped, the season finale threw up a few surprises. Imra (Amy Jackson) returned and Mon-El (Chris Wood) decided he wouldn’t be staying in National City. Winn (Jeremy Jordan) was recruited by the Legion and Brainy (Jesse Rath) traded places with him at the DEO.

Alex (Chyler Leigh) was promoted to Director of the DEO, taking over from J’onn (David Harewood) who decided to experience the world following the loss of his father. James (Mehcad Brooks) went public with his identity, stepping out from under his Guardian mask. Alura (Erica Durance) returned to Argo after fighting side-by-side with Supergirl.

A final scenes hinted that Lena (Katie McGrath) may finally move over to the dark side next season as she was seen secretly experimenting on the crystal that brought down Reign and a duplicate Kara turned up in Siberia.

Ahead of season 4 we know that Chris Wood isn’t returning as Mon-El and that Jeremy Jordan has been downgraded to recurring. Jesse Rath is a full-time member of the cast now that Brainy is here to stay, for season 4 at least.

1. Kara’s story not to be dominated by romance. With Mon-El out of the picture, there’s going to be the temptation for the writers to follow the comic book romance between Supergirl and Brainy. Honestly, Kara doesn’t need a love interest and I’d rather just see her being badass.

2. Some movement for Alex. It feels like Alex has been stuck on being a mother since she broke up with Maggie (Floriana Lima). That storyline has taken up way too much time and a return to powerful, all-conquering Alex is what I really want to see. She’s going to be leading the DEO so I want to see her back in the field more and kicking some butt.

3. More development for Lena. The writers need to lean in to the darker side of Lena’s tendencies. The tension between her and Supergirl is at an all-time high and Lena has proven that she can’t always be trusted. Let her embrace her Luthor name and cause some chaos but keep the balance so she can return to her good side before she goes too far.

4. Consequences for James. Now he’s revealing his identity, surely James will have to face some consequences, as will those around him who knew he was Guardian. The Arrowverse has taught us that vigilantes are loved until they unmask, then the authorities go for them hard – just look at the predicament Oliver Queen (Stephen Amell) is in on Arrow.

5. A recurring role for Alura. Surely Supergirl’s mother can’t be revealed to be alive then barely heard from? I liked that Erica Durance took over the role (nice nod to Smallville) and she took the character in a different direction. Hopefully she’ll pop up on a recurring basis.

6. Winn to be served properly. I felt like the show was finally beginning to embrace Winn properly in season 3 so I’m gutted that we’re going to be seeing a lot less of him. I’m also unsure what role he’ll play if he’s working with the Legion but Mon-El isn’t coming back. Surely you can’t have one without the other?

7. No encore for Sam. Don’t get me wrong, I loved Odette Annable as Sam/Reign but I don’t see any need for her to return to the show during season 4. I guess there is the chance Reign could escape from her prison but do we need more Reign vs. Supergirl in our lives? I don’t think so. It felt neatly tied up in season 3.

8. Superman (Tyler Hoechlin) to put in an appearance. I want to make it clear that I don’t think Supergirl, the show, needs Superman but Tyler Hoechlin made a fantastic Clark Kent didn’t he? He had great chemistry with Benoist and I can’t believe he’s not been given his own show!

9. Brainy to be rounded out more. Granted he only appeared a handful of times so the character hasn’t had proper development yet but Brainy was a bit annoying wasn’t he? He’s certainly no replacement for Winn. I hope they turn him into a character we care about and don’t play on his more annoying qualities.

10. Plenty of big set pieces. Supergirl works best when it dials down the emotion and concentrates on the set pieces. I want big fights, cool effects and some seriously tough enemy battles.

Supergirl returns for season 4 on The CW in the US and Sky 1 in the UK this autumn.