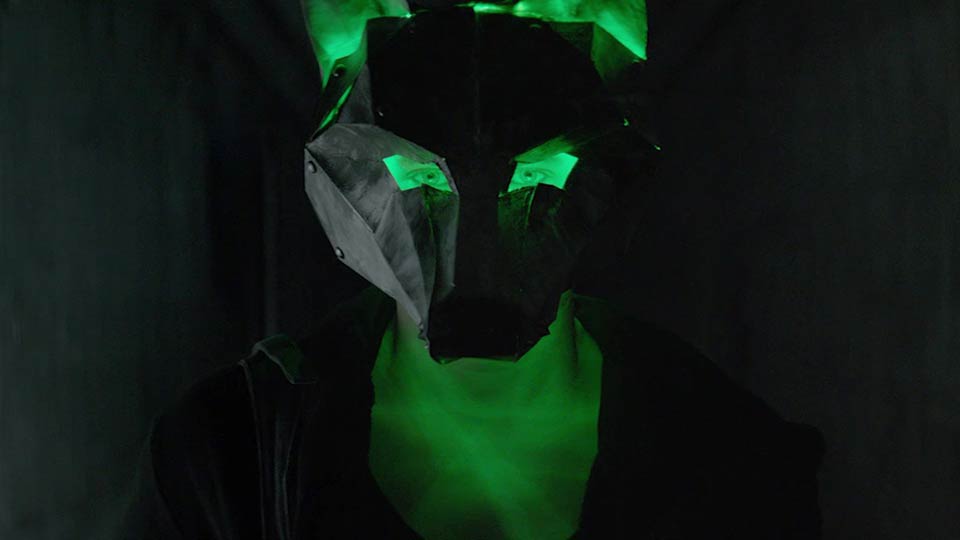 Genius hacker Mason (Chris Mason) decides that he wants to fix humanity by hacking the human brain. Believing that he can change the world by controlling the part of the brain that makes people evil, Mason is accompanied by Finn (Scott Mechlowicz), a man that only he can see who reflects Mason’s ego and darker side. During his mission, Mason comes up against another hacker, Eden (Faran Tahir), who possesses a device that can mess up the brain and is out to destroy humanity by stealing Mason’s work. As the two enter into a cat-and-mouse game, reality becomes difficult to distinguish as the battle leads to a taut climax.

Mad Genius is written and directed by emerging film-maker Royce Gorsuch. For the feature he’s assembled a fine cast including Pretty Little Liars: The Perfectionists’ Chris Mason, Road Trip’s Scott Mechlowicz, Scandal’s Faran Tahir and The Good Wife’s Gbenga Akinnagbe. What Gorsuch sets out to do here is create a modern sci-fi classic that is clearly inspired and influenced by The Matrix. The film is ambitious, but in a bid to stand out from the pack, Gorsuch doesn’t quite hit the bullseye.

The main place where Mad Genius falls down is its narrative. There are so many ideas packed into its 90s minutes that it’s a little frenetic and not the easiest to follow. The dialogue can be full of jargon and tech speak, which doesn’t aid the viewer in understanding what’s going on. To an extent you can argue that you just have to buy into the concept and go with it but for me that wasn’t a satisfactory enough experience. You need to be able to find some common ground with the characters, or at least understand them, to allow yourself to be swept along on the journey.

The cast put in solid performances and it’s no surprise that Chris Mason has been picked as one of the leads for the Pretty Little Liars spin-off The Perfectionists. He’s believable as a genius hacker and he packs his performance with plenty of oomph. Similarly Scott Mechlowicz revels in the bad side of his character Finn and the two make a highly watchable duo. Faran Tahir’s Eden and Spencer Locke’s Sawyer are both very under-written, with Sawyer in particular feeling very wasted.

Visually Made Genius is quite the treat. The sets and costumes are fantastic and the visual effects are pretty eye-catching. It’s clear that Gorsuch aimed for the highest possible production values on a low budget and he does a superb job. It proves that sometimes pumping millions into a movie isn’t needed when the director has a creative eye for what he wants to achieve.

Despite being hard to follow, Mad Genius has a lot going for it. It showcases Gorsuch as a director to watch, who has plenty of creative flair. It highlights a young cast who are destined to go on to bigger things and it’s a watchable romp that still keeps you hooked, even when you’re not sure that what you’re seeing unfold makes a whole load of sense. Ambitious and bold Mad Genius most definitely is but it ultimately falls short of the high bar it sets itself.

Purchase or rent the movie from http://www.themadgeniusproject.com/see-the-madgeniusmovie/.