Dry your eyes and wipe away those tears, The Bridge (Broen in Danish; Bron in Swedish) is no more. For 38 episodes, Sofia Helin as the captivating Saga Norén has graced our screens in this joint Swedish and Danish thriller that has set new standards for crime drama.

If imitation is the sincerest form of flattery, The Bridge must be blushing with pride, since the format has been copied no less than three times to date – The Tunnel (France and UK), The (US) Bridge (US and Mexico) and a new 2018 Russian/Estonian version. It has also created its own version of Scandinavian folklore; Saga’s leather trousers and caramel coloured Porsche are as synonymous with the show as Sarah Lund’s Faroese jumper in The Killing.

When The Tunnel finished earlier this year, frankly it was a disappointment. The final season was shorter than previous outings – just six episodes, as opposed to 8 or 10 in previous seasons – and the finale of extraordinary events seemed out of step with the characters we’d come to know and care about. A real pity, because at its best, the Franco-British version was every bit the match for its Scandinavian counterpart. With that in mind, The Bridge needed to get it right. Thankfully, it did – with knobs on.

Season IV starts in typically gory fashion with a woman regaining consciousness after having been buried feet-first beneath the Øresund Bridge. We see her head sticking up through the gravel as trains and motor vehicles thunder overhead. Then we spot a lone person stood nearby, their outline silhouetted by the light from their parked van. By their feet are a pile of rocks. They pick one up and throw it at the head; it misses, but then they pick up another and throw it again – and so it continues. Rock after rock; stone after stone.

Meanwhile Saga is in prison, having been falsely accused of killing her mother at the end of season three. Unsurprisingly, she’s having a tough time – being a police officer in jail is hard enough, but with her Asperger’s syndrome, she finds prison life extremely challenging. She’s awaiting an appeal, which will ultimately lead to her going free – but not before prison life delivers one final blow.

The main storyline in season IV features a series of gruesome and barbaric murders in Denmark; the afore-mentioned stoning being the first. Eventually, it’s Saga who realises the link that binds each killing – an association that relates as much to the loved-ones of the victims as the victims themselves. And the motive is closer to home than they realise, too.

Whilst Sofia Helin gets most of the plaudits, her partner in (solving) crime for the past two seasons – Thure Lindhardt as Henrik Lundstrom – is superb as the Danish half of the equation. He’s a troubled soul, too – tormented by the sudden disappearance of his wife and two daughters, he became addicted to drugs and suffered hallucinations, seeing and talking to his family in their home. In season IV, that storyline continues to develop as we learn more about what happened to his family thanks to Saga’s investigative prowess.

The plot does take some extraordinary turns at times, and you do find yourself occasionally shouting “oh, come on!” at the screen at some of the stretches the storyline dishes out – but it’s such a pleasurable ride, you can forgive the odd over-indulgence. And it can be dark – oh boy, can it be dark! But the writing is so strong and clever that when we get the odd little injections of humour and levity, they shine through like a full moon in a dark Nordic midwinter’s night.

If you’ve not seen seasons one to three, you really ought to catch up on those first – I wouldn’t recommend jumping straight in here. All four seasons are available as a DVD box-set. If you’ve not yet been hooked by this show, I cannot recommend it highly enough – it’s beautifully written and superbly acted throughout. Does season IV live up to the responsibility of being the final chapter? Yes, it does. This ground-breaking show has got the send-off it deserves. 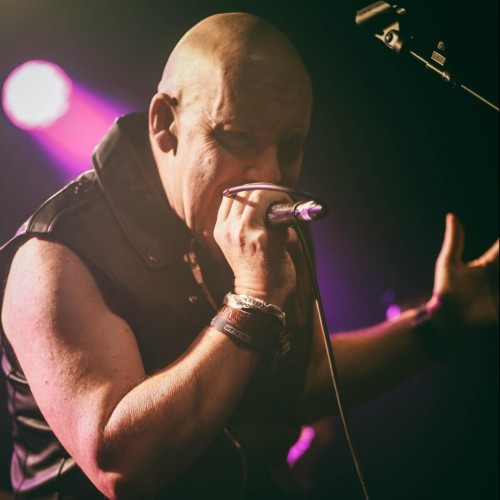 Win The Bridge: The Complete Season Four on DVD

Preview: The Bridge continues to be ‘the cream of the crop of crime drama’ with Season 4 premiere

Michael Fassbender stars in brand new trailer for The Snowman