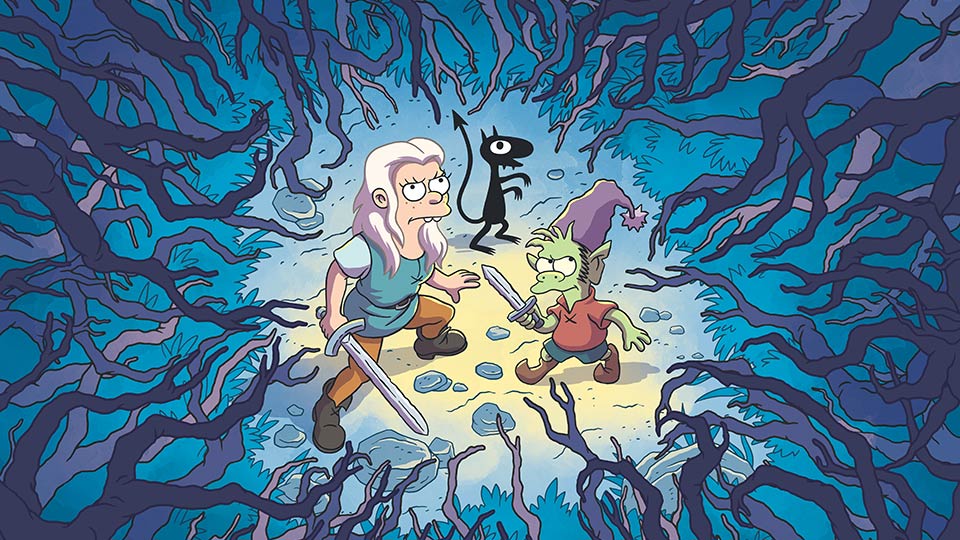 The trailer opens with nods to both Futurama and The Simpsons before introducing the world of Disenchantment. A cloaked figure it brought forward before the King and it’s quickly revealed that she is the King’s daughter Bean.

In Disenchantment, viewers will be whisked away to the crumbling medieval kingdom of Dreamland, where they will follow the misadventures of hard-drinking young princess Bean, her feisty elf companion Elfo, and her personal demon Luci. Along the way, the oddball trio will encounter ogres, sprites, harpies, imps, trolls, walruses, and lots of human fools.

Disenchantment is Groening’s third animated series. The Simpsons, which started in 1989, is currently on its 29th season and Futurama ran from 1999 to 2003 before being resurrected from 2008 to 2013. The trailer suggests that Disenchantment is part of the same universe as the other two shows so don’t be surprised if they manage to pull off a crossover at some point in the future.

Take a look at some images from Disenchantment with our gallery below:

Disenchantment will premiere on Netflix on 17th August 2018.

In this article:Disenchantment, Matt Groening, Netflix