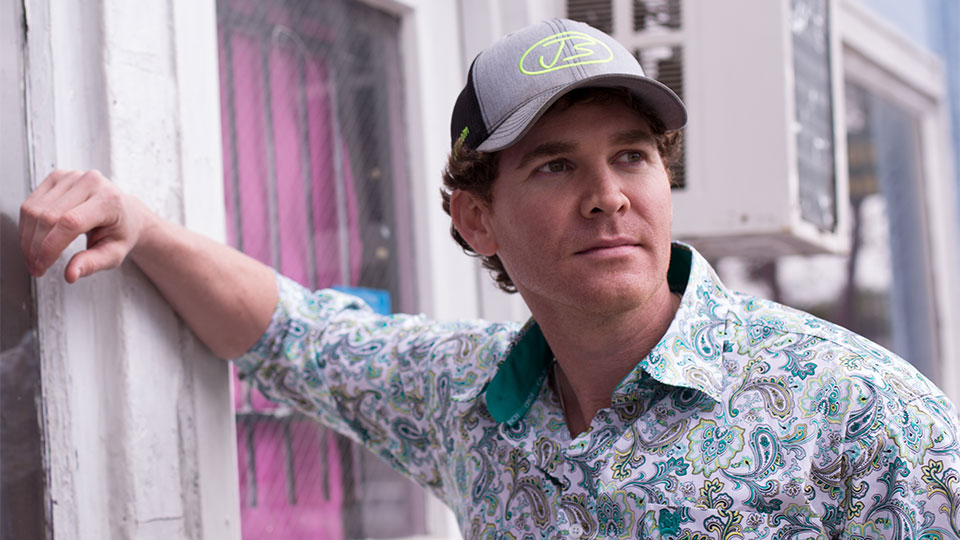 Originally from Texas, Curtis Grimes first came to attention after appearing on the US version of The Voice in 2011, where he made the top 10. He’s since had six number 1 singles and won the 2014 New Male Vocalist of the Year at the Annual Texas Regional Radio Show. Now, after playing hundreds of shows in the US, he’s just wrapped up his first UK tour with a performance at London’s Islington Metal Works as part of the regular Buck N Bull club night.

Grimes opened his acoustic set with his current single, Put My Money On That. It’s a midtempo number that’s full of conviction and highlighted the drawl and tone to Grimes’ voice, as well as his skills as a guitar player. He also encouraged the crowd to sing along and they responded in style, not letting up for his entire performance.

Throughout the hour-long show Grimes mixed songs from his back catalogue with plenty of classic covers. These included a soaring version of George Strait’s Amarillo By Morning, a mash-up of Chattahoochee and Sold (The Grundy County Auction Incident), and a powerful performance of Hank Williams’ I Saw The Light. For me the best of his covers was his rendition of Folsom Prison Blues, originally recorded by Johnny Cash, where Grimes brought real depth to the song as well as drawing out its sense of remorse.

The performance was mostly dominated by upbeat numbers, such as fan favourites If You Ask Me and Bottom Of The Fifth, the driving swing of Everything Hank Did, and the bright and fun Right About Now. Grimes certainly knows how to tailor his sets and did a great job of keeping the energy in the room high. He also came across as incredibly relaxed on stage throughout, regularly breaking off to tell stories about his life and songwriting, joking about forgetting the words and even performing an impromptu rendition of Happy Birthday for one audience member!

However, one of my favourite moments in the set was the new ballad It Ain’t Worth The Heartache. Grimes really drew out the emotion and yearning of the song and was rewarded with huge cheers at the end. I also loved the laid-back love song From Where I’m Standing, the old-school vibes of My Side Of The Fence and the defiant Irresponsible, which even included a Buck N Bull reference.

Grimes closed his set with Born To Die, his previous single. His solo spin on the track was more upbeat than the album version, but what struck me was how passionate Grimes was about the song and its message. He was completely lost in the music and you could tell he was fully invested in what he was singing, which carried the crowd with him. After finishing on a huge note, he thanked the audience for coming out and they responded with plenty of whoops and applause.

Overall Grimes delivered a packed set that got the crowd at Buck N Bull in the mood for a night of partying. He struck a great tone throughout and showed off the quality in his vocal, detailed lyrics and solid guitar playing, and got a great reception from the audience in return. He mentioned he’s currently working on new music which is due out early next year, and based on this performance I’m sure he’ll be back in the UK sooner rather than later.