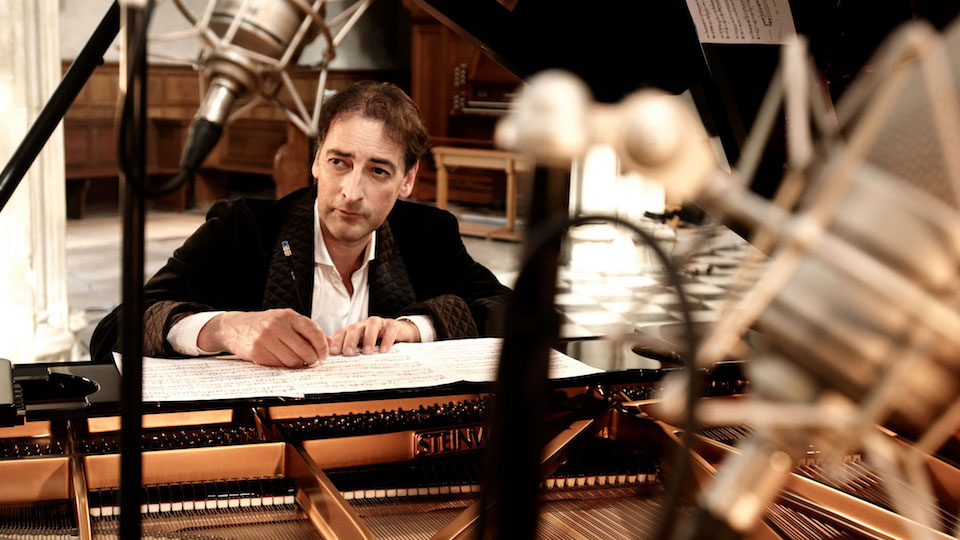 Well-loved mimic Alistair McGowan is set to make an impression on piano as he tours theatres to tinkle the ivories and tickle your funny bones this summer.

Hot on the heels of both his Classical Chart-topping debut album, Alistair McGowan: The Piano Album and the critically-acclaimed new Sky One impressions show, The Week That Wasn’t, the multi-award-winning impressionist will be mixing classical piano music and celebrity voices in his nationwide tour Introductions to Classical Piano.

Probably best known for his BAFTA-winning comedy show, The Big Impression, the master mimic takes to the stage hoping to bring to life his love for classical piano, alongside his hugely- popular impressions.

Having not played piano since he was a young boy, Alistair reignited his passion for the instrument in his late 40s in order to learn to play some of his favourite music, which led to the recording of his classical piano album only three years after returning to the instrument.

Alistair McGowan said: “This tour is a whole new way of presenting classical piano music. Possibly, the first classical piano recital to intersperse romantic music with a little comedy. I’d be delighted if, as well as fans of classical music, we were able to encourage people who may not know much about classical piano to come and enjoy some of the incredible music written (and still being written) for the piano.

“As well as having the chance to share my own versions of the stories of composers and the extraordinary music they write, I simply can’t have a room full of people and not have some fun with my current favourite impressions too. It should be the first show in which you can hear Harry Kane alongside the music of George Gershwin, Jacob Rees Mogg between pieces by Edvard Grieg.

“As well as being light-hearted, I hope these shows introduce people to some wonderfully romantic music and demonstrate to anyone who harbours a secret ambition to take up music, that it really is never too late!”

This summer join one man, a piano and some of the most famous voices in the world for a night of inspiring, short classical piano works and some big laughs.

The tour will run from 19th July to 24th August 2018. Full list of dates at www.alistairmcgowan.co.uk

Advertisement. Scroll to continue reading.
In this article:Alistair McGowan