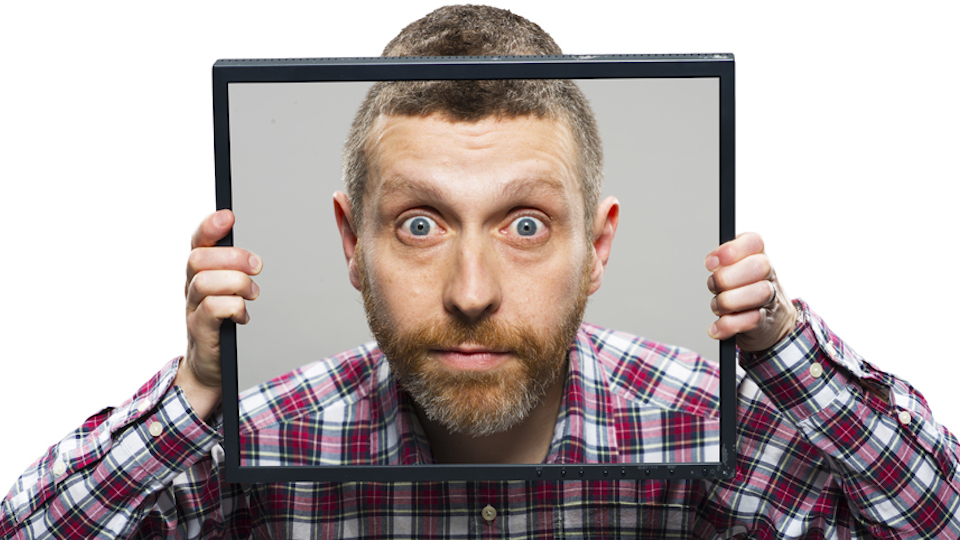 Dave Gorman has extended his upcoming tour, With Great Powerpoint Comes Great Responsibilitypoint, for a second time with 19 new shows added in early 2019. These include extra dates at London’s iconic Royal Festival Hall, Birmingham’s Symphony Hall, Coventry’s Warwick Art’s Centre, Hull’s City Hall, Nottingham’s Royal Concert Hall and Manchester’s The Lowry (Salford). Starting this September and now playing 61 shows, at some of the biggest theatres in the country, this tour will see Dave combine his critically acclaimed style of stand-up and visual story-telling.

As the title suggests, Dave is bringing his laptop and projector screen with him so expect the ‘King of Powerpoint comedy’ [The Guardian] to have more detailed analysis of parts of life you’ve never stopped to think about before.

Ratings and critical hit, Dave Gorman Modern Life Is Goodish returned to Dave in 2018 for a fifth series – attracting a peak of 1.5 million viewers and regularly receiving a total audience of over a million per episode, the show is one of UKTV and Dave’s (the channel) most successful original commissions.

Dave has also starred in, co-wrote and produced the critically acclaimed The Dave Gorman Collection for BBC Two, which was closely followed by his second project for the channel, Dave Gorman’s Important Astrology Experiment. A regular in the Sunday Times Best-sellers list, Dave has published four books, Dave Gorman Vs the Rest of the World, America Unchained, Dave Gorman’s Googlewhack Adventure, and Are You Dave Gorman?

This will be Dave’s first new live tour show in four years and follows on from Dave Gorman Gets Straight To The Point* (*The Power Point). A two-time extended sell-out UK nationwide tour, it saw Dave sell out four shows at London’s Queen Elizabeth Hall, as well as the Hammersmith Apollo, and take the show to New York for a ten-night run off-Broadway.

Tickets are on sale now. For the full list of dates see:  davegorman.com