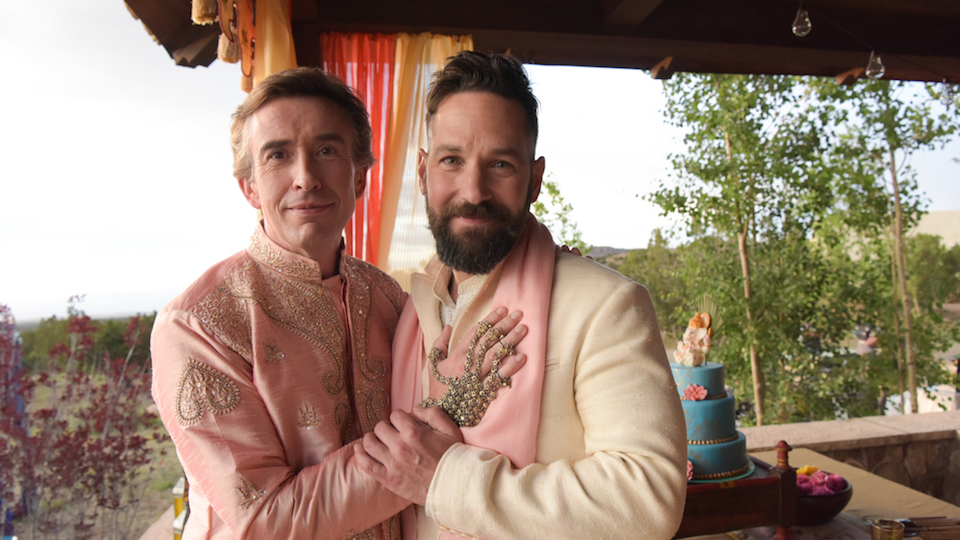 Ideal Home is an intelligent and genuinely funny comedy from writer/director Andrew Fleming, starring the excellent Steve Coogan and Paul Rudd. Coogan plays the wonderfully named Erasmus Brumble, a celebrity chef with a penchant for extravagance and the finer things in life. Rudd plays Paul, his partner and producer for the last ten years, though both their personal and professional relationships are under strain. The bickering between them is gloriously vicious. Early in the film Rudd’s character deadpans that he is only staying with Erasmus so that he may one day watch him die.

They live a glamorous and indulgent existence, hosting lavish dinner parties in their sprawling ranch on the outskirts of Santa Fe. This all comes to a screeching halt when a ten year old boy (Jack Gore) turns up at their door claiming to be Erasmus’s grandson. The sudden burden of responsibility puts their finely honed lifestyle on the skids, and their relationship under even further strain. As Paul says, “I don’t mind helping children in the abstract but I don’t want one in the house.”

The plot goes pretty much exactly where you’d expect it to, hitting all the obvious comedic, emotional, and dramatic beats along the way. Let’s be honest this is a classic movie set-up – we’ve all seen Baby Boom, Three Men and a Baby, Auntie Mame and all the others. It’s only real claim to being something fresh and progressive is the fact Erasmus and Paul are gay, but even that comes with a caveat of cliché. More on that later.

What keeps Ideal Home ticking along is it delivers in the laughs department. How can it not with the likes of Coogan and Rudd taking centre stage? They are both brilliant and consistently hilarious. Coogan’s Erasmus is essentially a flamboyantly camp Alan Partridge, but with a successful career. Paul Rudd is more grounded, but has the majority of the films best dialogue, which he delivers with beautifully caustic wit.

It is going to attract criticism however. It is unavoidable in anything which positions itself as progressive, or “woke” as the kids say. The film takes a refreshingly casual approach to its main characters being gay, in that they are actual characters who just happen to also be gay. But some will ask why couldn’t two gay actors have played Erasmus and Paul? Does Coogan’s portrayal of a preening diva lurch into stereotype?

Admittedly there are a few stumbles. Coogan is hilarious, but his extremely broad performance does sometimes feel as if it has been transplanted in from a different film. Also, the final act does seem to rattle through a lot of material to get to the resolution. It’s a little unsatisfying, and perhaps suggests there is a version of Ideal Home that is 10 or 15 minutes longer. Then again, any cuts were probably to ensure that it stayed funny. Which it does. It made me laugh from start to finish, and you can’t really ask for much more than that.