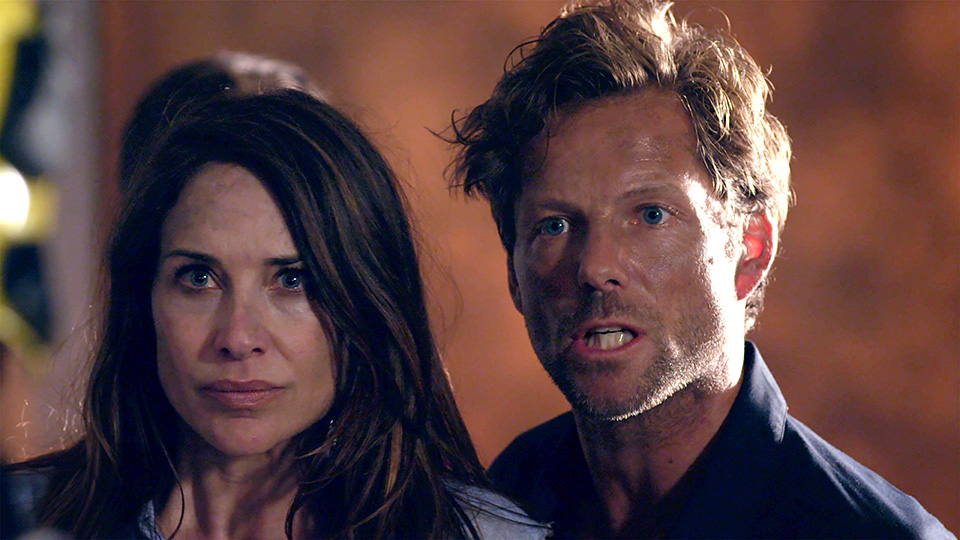 Disaster strikes a downtown skyscraper when a gas leak causes a ferocious explosion setting ablaze the towering mass of metal and glass. On the 20th floor Brianna (Forlani) and Tom (Bamber) a couple in the middle of a divorce settlement are forced to work together to help save their two children, Anne and Ben, who are both trapped in the building’s elevator hovering 20 stories above ground. Together Brianna and Tom must fight to stay alive while teaming up to save their children and escape the towering inferno.

The trailer, which you can see above, shows the moment that the explosion takes place and the panic that sets in straight after. Tom is seen trying to fight his way past firefighters to go after his children and there’s plenty of tense moments that play out.

Alongside the release date and the trailer, the cover art for Inferno: Skyscraper Escape has been unveiled too. You can see that below: