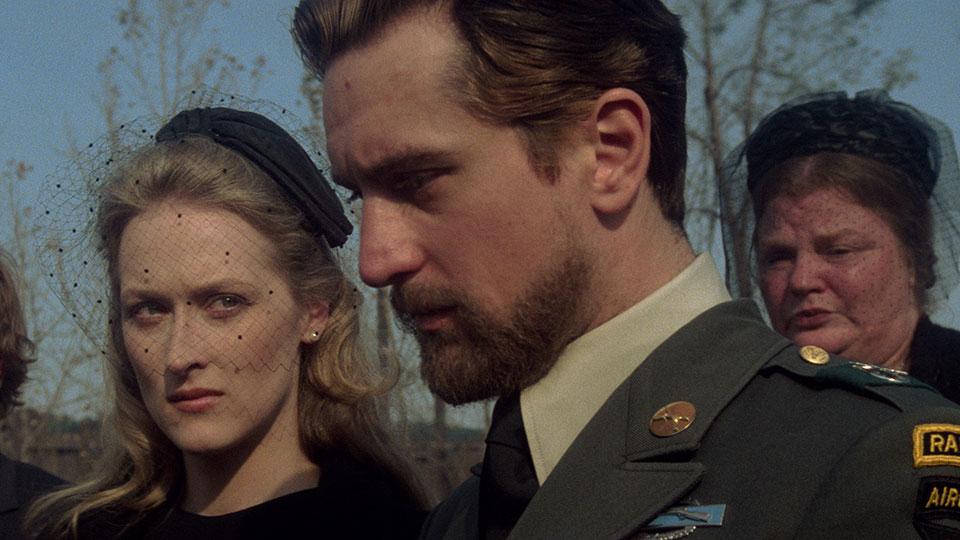 Michael Cimino’s classic The Deer Hunter has been restored with a new 4k restoration to mark the film’s 40th anniversary.

Park Circus will showcase the film in cinemas on 4th July 2018 for one day only, coinciding with America’s Independence Day. A Blu-ray and EST release will follow on 20th August with a 4K Ultra HD release landing on 15th October.

When Michael (Robert De Niro), Steven (John Savage) and Nick (Christopher Walken) are captured by the Vietcong, they are forced to play Russian Roulette by their brutal captors, who make bets on their survival. The experience of capture leaves them with terrible physical and spiritual wounds, and when Michael returns to Saigon to fulfil an old promise to one of his friends, he makes an unexpected, horrific discovery.

For the restoration Studiocanal went back to the original 35mm negative, which was scanned at 4K resolution in 16bit. The restoration was completed at Silver Salt in London, who created a restored 4K DCP and UHD version for the home entertainment release.

The 2 disc Blu-ray release will include the feature and the following extras:

The Collector’s Edition (4 discs) will include the two Blu-ray discs as above, a first ever 4K Ultra HD and the original soundtrack PLUS:

In this article:The Deer Hunter