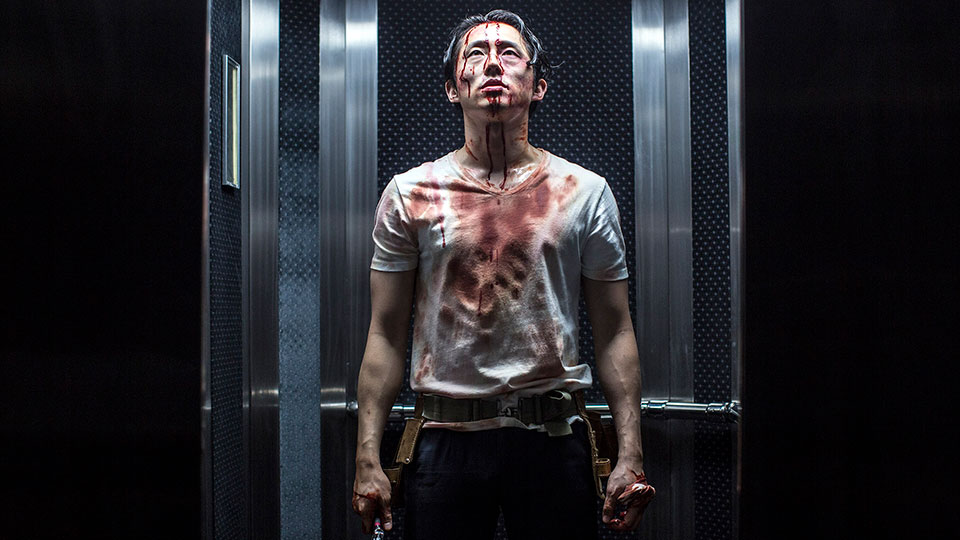 Mayhem, a favourite from last year’s Horror Channel FrightFest, will arrive on DVD on 16th July 2018 courtesy of Kaleidoscope and Shudder.

Derek Cho (Yeun) is having a really bad day. After being unjustly fired from his job, he discovers that the law firm’s building is under quarantine for a mysterious and dangerous virus. Chaos erupts throughout the office as the victims of the disease begin acting out their wildest impulses. Joining forces with a former client (Weaving) who has a grudge of her own, Derek savagely fights tooth and nail to get to the executives on the top floor and settle the score once and for all.

To mark the film’s digital release, two clips have been released to whet your appetite. The first clip shows panic breaking out in an office building and Derek Cho fights back when a colleague attacks him unprovoked:

The second clips finds Derek and his former client chasing after an executive, who manages to close himself in an office to get away from them:

Mayhem is also available to download now and will be available on streaming service Shudder in the autumn.