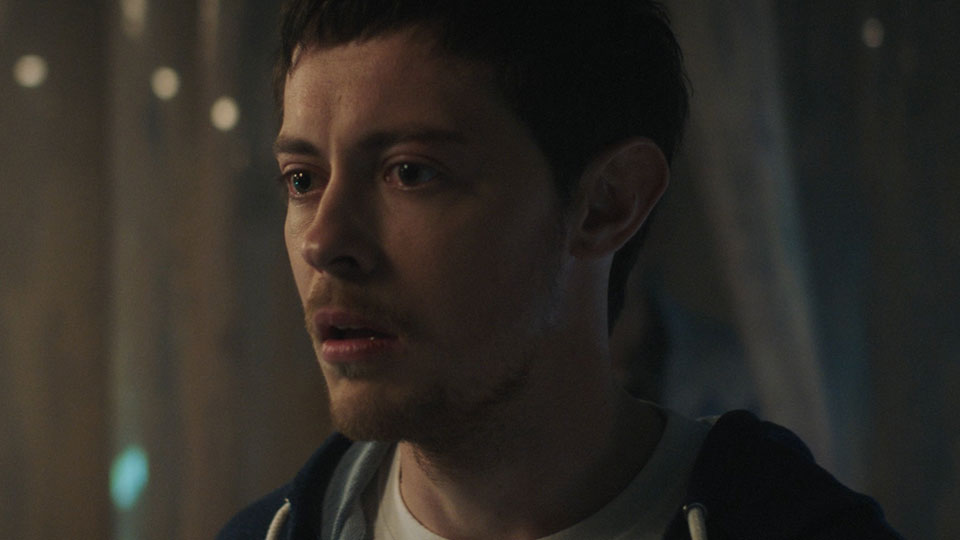 The one-sheet poster has been released for Brit horror flick Habit and it shows the film’s lead stars with very bloodied faces.

Jessica Barden (The End of the F***ing World) and Elliot James Langridge (Northern Soul) have half of their faces at either side of the poster and they are both covered in blood. Intriguing and creepy stuff!

Habit is from director Simeon Halligan (White Settlers, Splintered) and it’s based on the cult novel by Stephen McGeagh. The blood-drenched and claustrophobic film is set in the underbelly of Manchester.

Habit centres around Michael (Langridge) who as a young boy, along with his sister, witnesses the suicide of his mother. Now an adult and trying to find his place in the world, Michael divides his time between the job centre and the pub. A chance meeting with Lee (Barden), an introduction to her Uncle Ian (Ash) and a heavy night on the streets of Manchester, lead to a job working the door at Cloud 9, a seedy massage parlour. After witnessing the violent death of one of the punters, Michael starts having increasingly blood soaked nightmares. Are they flashbacks or fantasies? Little by little, he finds himself being sucked into a dangerous twilight world that he doesn’t understand – but which he finds irresistibly attractive. Addictive even.

The film had its World Premiere at GRIMMFEST 2017 and it picked up Best Feature and Best Screenplay awards at the New York City Horror Film Festival last year.