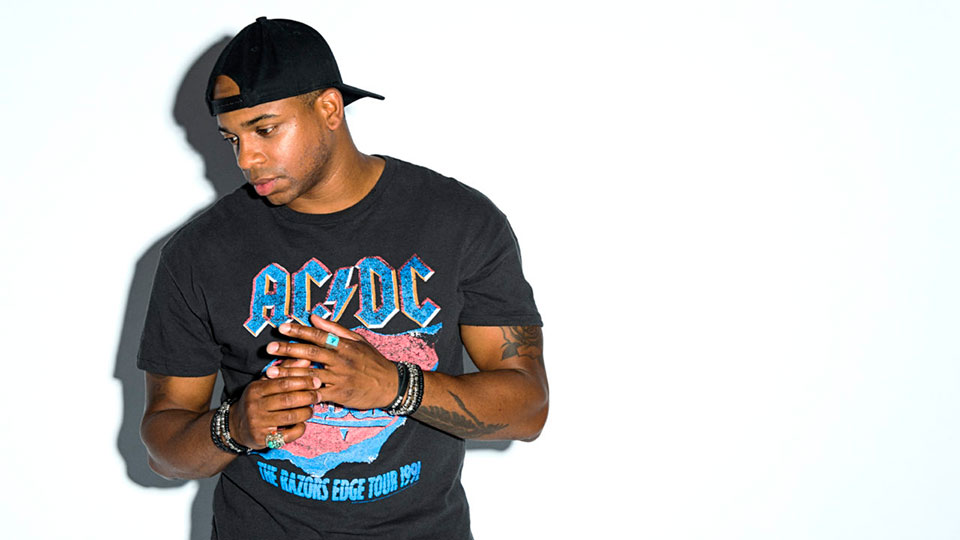 Jimmie Allen is riding a wave of success right now with his single Best Shot shaping up to be a huge hit.

Taken from his self-titled EP, Best Shot has made music lovers and the industry take notice of the talented singer-songwriter. Earlier this year Allen hit a milestone when he was invited to make his debut at the legendary Grand Ole Opry.

I caught up with Jimmie to talk about the success of Best Shot, find out about his plans to tour in the UK and to discuss the influences that have helped shape his sound.

Best Shot is doing really well for you. How do you feel about the success of the track?

Man it’s feeling really good because I’ve been trying to do music for a long time so to finally have a song I wrote connect with so many people, it’s a great feeling. Hearing people say they want to use it at their wedding, that it’s their favourite song and even at shows watching people sing along, it’s such a great feeling. It’s kind of like, ‘man I finally did it’.

The song is one that is deeply personal to you and it was inspired by advice from your grandmother. Can you tell me a little bit more about the story behind the track?

The story really came from when I was writing it with my buddies, us just wanting to be vulnerable as men about mistakes we’ve made in relationships and how the older we’ve gotten, we’ve learned a lot from them. That’s really what we wanted the song to be about from one angle. Another angle we wanted the song to be about was searching yourself every day to find ways to be a better person. The grandma part came from growing up. She used to give me advice on relationships and stuff like that so I took some of what I learned from her and put it in the song as well.

The video is also very personal with footage from your home videos featured in it. What did you want to capture with the video and what was your concept going into it?

I just wanted to capture the growth from being a kid to where I am now, showing my strengths. I feel like my greatest strength is my relationship with my family so I wanted to feature them in the video.

Best Shot is from your self-titled EP and you’re also releasing a new song each month as part of the Slower Lower Sessions. What did you decide to take that approach?

I wanted to release more music because I had so many songs I wanted to get out but I wanted to tie it in with songs that tied in directly with the memory from my hometown growing up. I just wanted to get even a little bit more personal with my music.

The plan is that you’ll release one song a month in the lead up to the release of your debut album. How many songs can we expect?

I’m putting out about four or five total. The album I think will have 12 or 13 songs on it. Late this year, I’m thinking November or Christmas, I’m gonna put out some more.

What can we can expect from the album when it arrives?

The album features songs that tie in directly to life and my approach to every day, and some tie in to different… not really my relationships but how I view relationships. I do a lot of people watching. I enjoy watching movies and reading books, and just watching my friends and even strangers to see how they approach life and approach relationships. I typically write a lot about that.

Are there any collaborations on the record?

Right now I haven’t worked with any other artists, it’s just been myself and producers. There’s two artists I would like to get on my album so we’re in the process of trying to make that happen.

You recently made your Grand Ole Opry debut and you got a standing ovation, which is incredible. What was that experience like for you?

Oh man! Dude! (laughs) That was probably one of the most emotional times of my life. I was nervous and I was just super thankful at the same time. To stand on the Grand Ole Opry… not a lot of black artists have played at the Grand Ole Opry so to be an artist and to be one of the few black artists that have been invited to play it is a humbling feeling. It reminded me that I’m doing something right and I’m on the right track.

You mentioned you were feeling nervous. Was that before you took to the stage and stood in the circle or throughout the whole thing?

I was nervous right up until I got there and then when I stepped on stage, that kind of went away and turned to excitement.

What are your touring plans looking like for the rest of the year? Are you going to be quite busy over the summer with festivals and touring?

Yeah festivals, radio shows and I know we’re planning on coming over to UK in October (for Country Music Week). I’m looking to try to make it longer like a week and a half just so I can ride around and introduce myself to a bunch of people and partners over there. I’m going to try to get in a couple more shows.

Have you heard very much yet from other artists about UK audiences?

Yeah, I hear they’re the best, honestly. I’ve heard if you had good music and you’re loyal to them, they’ll do the same thing for you. That’s what I’m all about, just making that connection.

I’m really just focusing on the shows right now and just trying to expand and try to get more ears on my song. That’s really what I want and what I’m really just focusing on the rest of the year, trying to find different ways to tie in my song with different places all over the world. From the UK to Asia to here in the States. I’m trying to really dig in and find out what the music listeners out there want to hear, and try to write it, create it and give it to them.

You have an incredibly soulful voice. Where did your voice come from and when did you know that you had it?

I don’t know really! That’s a good question. I grew up singing in church and I did musical theatre and plays. Growing up, all my dad listened to was Country music and all my mom listened to was Christian musical. When I got older I got into rock ‘n’ roll and I was in three or four rock bands. I started listening to hip-hop and jazz, and R&B and classical. I was loading my musical palette with as much music as I could.

I’m excited to get over there man. Me and my band have fun on stage. We realise it’s job but at the same time we’re lucky enough to do this for a living so every time we step on stage we treat like it’s our last.

A lot of influential publications and outlets have been supporting you and your music. What’s it been like getting that recognition from the industry?

It’s been cool. The best thing you can ever get as an artist is a stamp of approval from your peers. That’s one of the biggest compliments out there knowing that people you look up to and you respect musically, respect you as well. That’s kind of one of the best feelings out there.

Jimmie Allen’s single Best Shot, his self-titled EP and the first songs from his Slower Lower Sessions are available now.