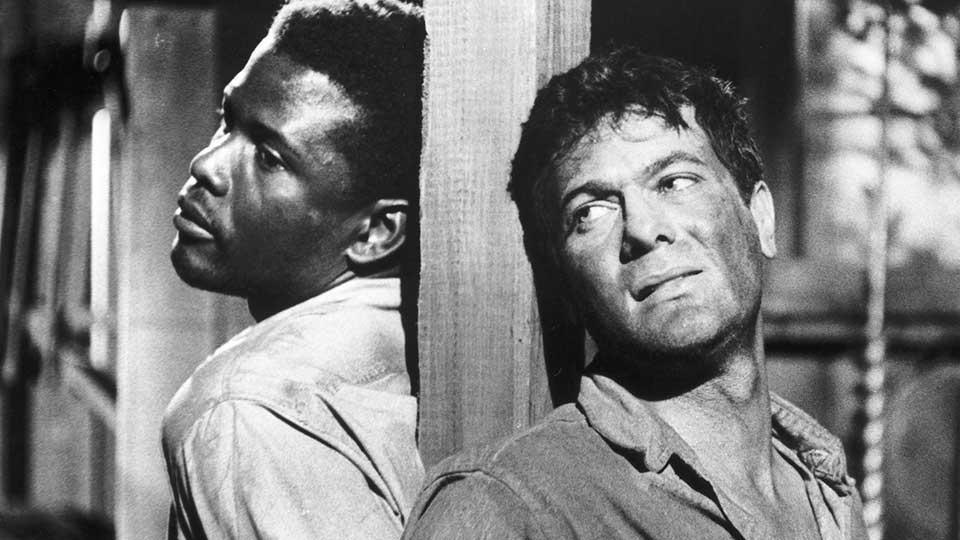 Nominated for nine Academy Awards including Best Picture, Stanley Kramer’s The Defiant Ones broke new ground by delivering its message of racial tolerance through a fast-moving blend of action and suspense. It remains a raw, powerful film that is as exciting as it is moving, real and literate.

John “Joker” Jackson (Tony Curtis; The Vikings, Some Like It Hot) and Noah Cullen (Sidney Poitier; Guess Who’s Coming to Dinner, In the Heat of the Night) are two convicts on the run. Escaping from a Southern work gang, the two men are bound together by an unbreakable iron chain and separated by an unbridled hatred towards each other. Relentlessly pursued by a bloodthirsty posse, they must put aside their differences if they are going to survive.

Highly acclaimed upon release for its directing, writing, cinematography and acting, (Sidney Poitier won numerous awards for his role, including the coveted Silver Bear for Best Actor) The Defiant Ones remains one of the most influential films of its era, and Eureka Classics is proud to present the film on Blu-ray for the first time in the UK in a special Dual Format edition.

The Defiant Ones, Stanley Kramer’s socially-aware crime drama, starring Tony Curtis and Sidney Poitier, is available now in a Dual Format Edition and can be purchased here https://amzn.to/2qiCJwf

To celebrate the release we’ve for 3 copies of The Defiant Ones to give away. Enter below for a chance to win…

Advertisement. Scroll to continue reading.
In this article:Eureka Entertainment, The Defiant Ones