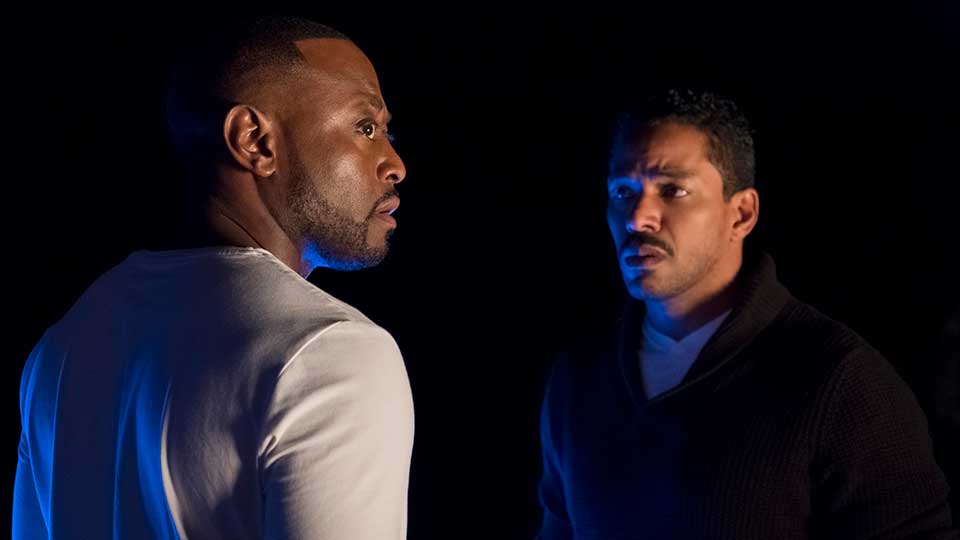 Omar Epps (House) and Paula Patton (About Last Night) star in tense thriller Traffik, which is released to download, from 3rd July and DVD and VOD from 16th July 2018.

The synopsis for Traffik is:

A romantic getaway descends into terror for Brea (Patton) and her boyfriend John (Epps) when they run into a brutal biker gang. They manage to escape to a secluded mountain estate for the weekend, but their short-lived joy ends when the gang turn up at their front door demanding they return a stolen item they’ve accidentally acquired.

Alone and defenceless Brea and John are forced into a deadly fight for their lives against a ring of violent criminals who will go to any lengths to protect their secrets.

The film features a screenplay by Taylor and it is produced by Taylor, Patton and Roxanne Avent. The music is from Geoff Zanelli and the cinematography by Dante Spinotti.

Traffik has a 15 certificate and a duration of 92 minutes.