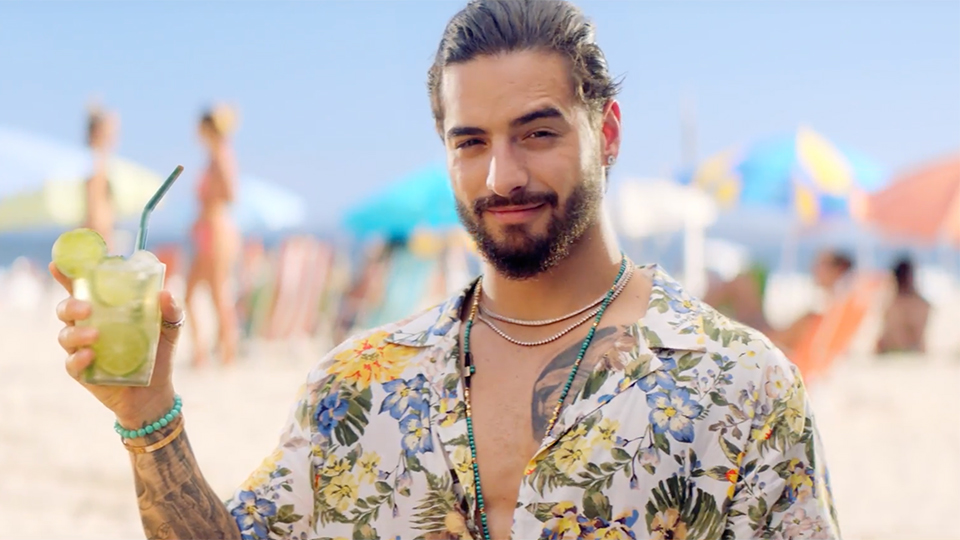 Flip-flop brand Havaianas have collaborated with Colombian and Brazilian singers Maluma and Lellêzinha for their latest global ad campaign.

The playful advert celebrates summer and invites people all over the world to get into the summer spirit. The partnership includes an exclusive song and a music video recorded by Maluma and Lellêzinha in Rio de Janeiro.

Titled Let’s Summer, the single will be released in a mixture of Spanish, Portuguese and English. It will also be made available on all major streaming services.

In the advert Maluma and Lellêzinha are performing while a man wearing Havaianas flip-flops interacts with a number of people on the beach before joining the performers on stage.

Maluma is one of the leading Latin artists in music right now. He recently released his latest album F.A.M.E. and has amassed more than 30 million followers on Instagram. The singer also has 4 million subscribers on YouTube, 23 million on Facebook and 5 million followers on Twitter.

Havaianas chose Maluma for the campaign for his ‘irreverent personality, vibrant style and energy’.

Lellêzinha is a singer and actress from Rio de Janeiro. She’s one of the biggest and newest sensations from Brazil. At age 16 she was the lead vocalist of the group Dream Team do Passinho, which led to her landing prominent roles in Brazilian TV shows.

Advertisement. Scroll to continue reading.
In this article:Lellêzinha, Maluma