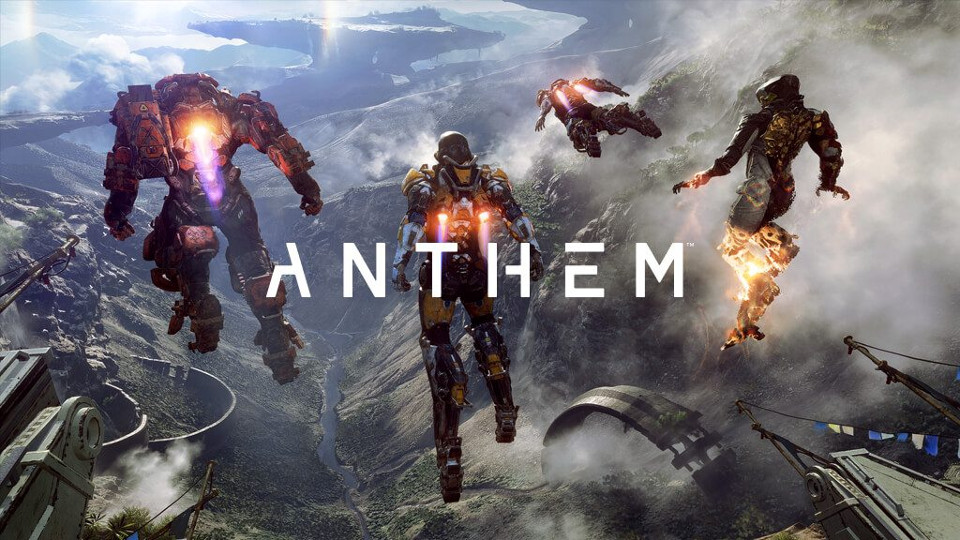 Earlier tonight saw the kick off of the first of the E3 press conferences for 2018. First up this year was EA returning with their third EA Play event which was held at The Hollywood Palladium in Los Angeles.

Below you can find out all about the games that were shown at the event along with their trailers.

The first game on show was the recently announced Battlefield V from EA DICE. They were keen to show off some of the new features of the game including diving and smashing through windows, moving stationary artillery guns and destructible buildings. They also explained that there will be deep customisation options for players, vehicles and weapons.

Their single player component this year looks to focus on ‘untold stories’ from World War II and the first look at these will be at tomorrow’s Xbox conference where they will be showing off Nordlys War Story.

A welcome announcement was that Battlefield V will feature no loot boxes or premium pass this year!

The biggest announcement though was that Battlefield V will be getting it’s own Battle Royale mode after launch. This will be Battlefield’s own take on the genre.

The Battlefield V section of the conference closed with a look at the new multiplayer trailer which you can see below.

Next up was FIFA 19 which was rather light on details. The biggest announcement was that EA Sports now has the official UEFA Champions League licence. The game will feature a Champions League tournament mode. The Champions League will also feature in the story mode and FIFA Ultimate Team.

FIFA 19 is due for release on September 28th. Xbox One and PS4 players can now grab themselves a free trial of FIFA 18 which contains the World Cup mode.

This is a new subscription service that will grant access to new games as they are released. It sounds similar to what Microsoft are doing with Game Pass on Xbox One.

During the conference they confirmed that titles such as Madden NFL 19, FIFA 19, Battlefield V and Anthem will all be included.

No pricing was revealed but Eurogamer are saying the new service will cost £14.99 a month or £89.99 a year.

Vince Zampella was in the EA Play audience and in a short interview he revealed that his team at Respawn are working on Star Wars Jedi: Fallen Order. The game isn’t ready to show yet and is due for release in late 2019.

Here’s a tweet from Respawn with a little more info:

From @Respawn comes a brand-new action adventure game which tells an original @StarWars story around a surviving Padawan set shortly after the events of Star Wars: Episode III – Revenge of the Sith.

EA DICE also spoke about Star Wars: Battlefront II. They once again apologised for getting the game wrong at launch and mentioned the effort and player feedback that had resulted in their new progression system.

"Your lightsabers will make a fine addition to my collection…"

More Clone Wars is heading to #StarWarsBattlefrontII in the coming months. pic.twitter.com/Vbr2X4YKo4

After listening to more player feedback they are working on introducing content set during the Clone Wars. This will include new heroes and villains – General Grevious, Obi Wan Kenobi, Count Dooku and Anakin Skywalker. The new map set on Geonosis was described as the largest level they’ve ever built for the game.

Yarny is back in the sequel to Unravel but he’s lost his spark. Play with two Yarnys alone or in 2 player co-op.

During the conference the developers said they had aimed to make the sequel friendlier but more challenging than the first.

The biggest surprise of the announcement was that Unravel two is complete and out now!

Sea of Solitude was announced which is a third-person exploration game from Berlin-based Jo-Mei Games. Players take the role of Kay as she navigates the waters of heartache, empathy, and hope.

When humans get too lonely, they turn into monsters. That’s what happened to Kay. But she’s not alone – this ocean is full of creatures just like her. Finding them may be the key to changing her back.

The game is coming in early 2019 for PC, PS4 and Xbox One. Check out the official Sea of Solitude website for more information.

Available September 7th, create your player and rise to legend-status by playing at the most respected courts all over the world, and by building your squad to challenge for global dominance in the leauge and the streets.

Available August 10th. Madden 19 challenges players to achieve greatness with the introduction of Real Player Motion. With all new ways to play and new legends, including Terrell Owens who makes his return to Madden Ultimate Team.

A surprise announcement was made for mobile game Command & Conquer: Rivals. The game delivers an RTS experience focused on competition, skill, and strategy. That means you test your commander skills against opponents in heated, live 1v1 matches that unfold in minutes.

Android users in the US and Canada can head to the Google Play Store and search Command & Conquer: Rivals to take part in the pre-alpha.

Android and iOS players can pre-register for the game on the official Command & Conquer: Rivals website.

In the EA Play pre-show they announced The Sims 4 Seasons which adds weather, seasonal activities and celebrations to the popular game.

EA finished the conference with BioWare and Anthem, one of our most anticipated games this year.

Anthem finally has a release date of February 22nd, 2019.

Like Battlefield V, they announced that Anthem will also have no loot boxes or pay-to-win content. Instead players will have the option of buying cosmetic items for their Javelin suits.

A new trailer for Anthem was shown which you can watch below.

EF Games will be bringing you more news from E3 2018 as it is announced. Check out the E3 2018 press conference schedule to see when the other big announcements are coming.