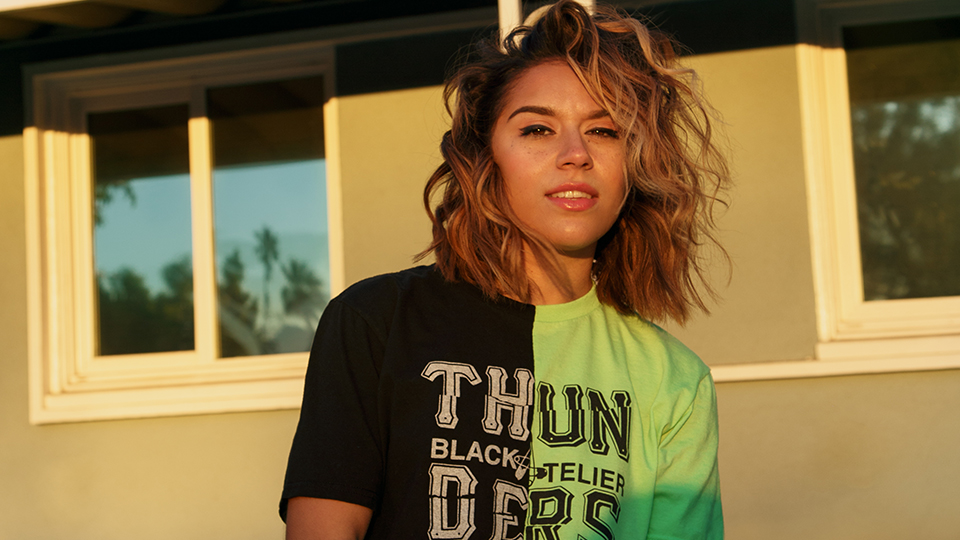 RCA’s latest pop singing Chelcee Grimses has swapped professional football for a career in music with the release of her debut single Just Like That.

The singer-songwriter, hoping to take the pop world by storm this summer, has penned the infectious and sexy track about ‘wanting to get home for some sexy time.’ Chelcee says, ‘It’s not one for my mum to listen to’.

The video for the track is directed by Charlotte Rutherford and was shot in Joshua Tree, California. It sees the singer surrounded by randy pensioners in a trailer park.

Talking about the track Chelcee says, “The lyrics are quite sexual and thought it would be a unique take to get them to be the ones acting out instead of me!! It’s such a fun, tongue-in-cheek video and is the perfect way for people to hear the song for the first time.”

Sharing her aims with her music, Chelcee explains, “There aren’t many straight up pop stars playing instruments at the moment, so I wanted to break the mould. If you watch Gaga, she’ll play piano and then do a dance break – that’s so fucking cool.”

Liverpool-born Chelcee continues to play professional football for Fulham while she carves out a career in music for herself.

Previously signed to RCA at age 19 in 2012, Chelcee lost her deal before releasing any music. Reflecting on that time she says:

“I look back at that time in such a blur. I went from being on top of the world at having a deal, to thinking my career was over before it had even begun. But I am so glad I didn’t put any music out then, it wasn’t my time… I didn’t know who I was as an artist. I went away, learned my craft and decided to give it another go. Signing back to RCA was like getting back together with an ex – but I really clicked with the new team here and knew I had to give it a go. There’s unfinished business and I’ve never been more ready.”