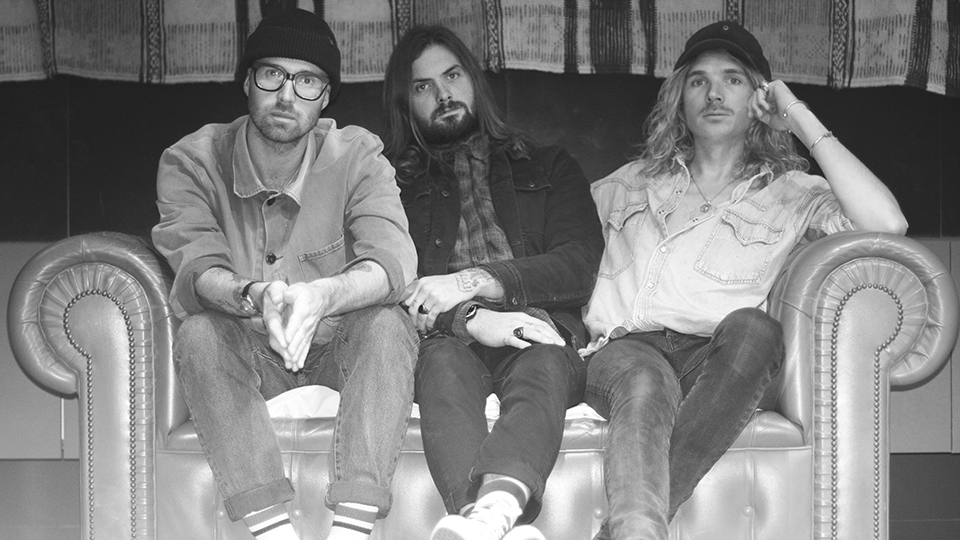 Sunset Sons have released their new single Running Man, which is the first new music since the release of their 2016 debut album Very Rarely Say Die.

Running Man is produced by Catherine Marks (The Big Moon, Foals), the reigning MPG UK Producer of the Year, and it’s taken from the band’s forthcoming EP The River, released on 6th July via LAB Records.

Speaking about the tracks Sunset Sons’ Rory Williams’ says, “This track is our story of the band. The need and want at times to go home when shit hits the fan, but you don’t. Missing your friends and family, but pursuing your love no matter how hard it can be at times … Sticking to your guns even if everyone around you thinks you’re mental. Sometimes it’s easier to go back but forwards is all we know…”

Sunset Sons will perform three headline dates around the EP release next month. You can catch them at the following dates:

The band formed by chance in a bar on the beach of a French surfing hotspot. Drummer Jed Laidlaw encountered frontman Williams, who played piano and sang cover versions during a stint washing dishes at the bar. It turned out the bar was owned by a cousin of Australian bassist Pete Harper, who completed the band.

Sunset Sons named their debut EP Le Surfing in honour of the bar. They recorded it in 3 days and it hit the Top 10 on the iTunes chart without any promotional push behind it.

Advertisement. Scroll to continue reading.
In this article:Sunset Sons