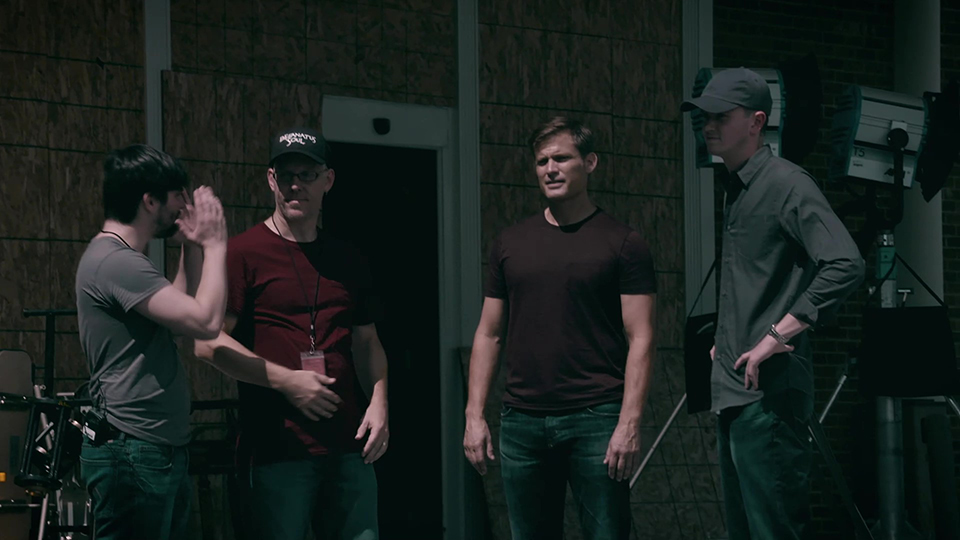 Van Dien plays himself in the movie, which is about a group of filmmakers shooting a movie in a reportedly haunted hotel that are faced with an unfathomable demonic force that possesses and attacks both the crew and the film’s star, Casper Van Dien. Will the film’s director be able to escape with the paranormal proof he has captured, or will he succumb to the hellish plans of the demon who has surfaced?

Judging from the trailer, Darkness Reigns looks like a meta-filled joyride as the majority of the movie’s footage is shot like a documentary. It gives a glimpse at some of the demons that Van Dien and the cast and crew will be facing, and it looks like you may need to stock up on cushions to hide behind before you watch it.

Take a look at the poster art for Darkness Reigns below:

Van Dien scored a breakthrough role as the lead in Paul Verhoeven’s sci-fi film Starship Troopers in 1997. Since then he’s been a popular star on the big and small screen, and he’s established himself as a genre favourite.