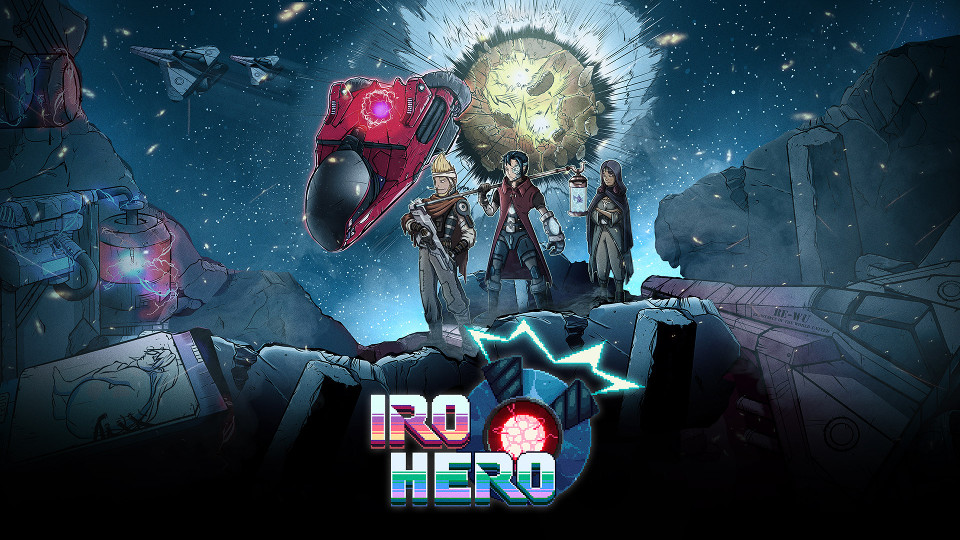 Eastasiasoft and Artax Games have announced that their retro-inspired vertical-scrolling shmup Iro Hero will launch worldwide June 7th on Nintendo Switch. Pre-orders are already live on the Nintendo eShop for £11.69.

Iro Hero merges the old school pixelated aesthetic of arcade classics with modern gameplay such as complex enemy AI, polarity mechanics, and mind-bending puzzle elements. Players will have to shift polarities to avoid color-coded hazards, balance an array of unlockable skills, and make use of reflective surfaces and color areas if they’re to make it through Iro Hero’s 9 action-packed stages intact.

Iro Hero’s story is set in the year 2306, a century after humans learned how to harness their energy to produce electricity. In the intervening years, nefarious enterprises have turned this gift into a curse, with humans reduced to little more than batteries. Following the death of his mother, a teenager named Iro learns that he may be the key to mankind’s freedom.

Competitive players will be delighted to hear that the game includes online leaderboards. These will add a lot of replayability to the game as players try to climb to the top to prove who is best.

EF Games hope to bring you a full review of Iro Hero later this month. Check out the Iro Hero website for more information on the game.

View some Iro Hero screenshots in our gallery: