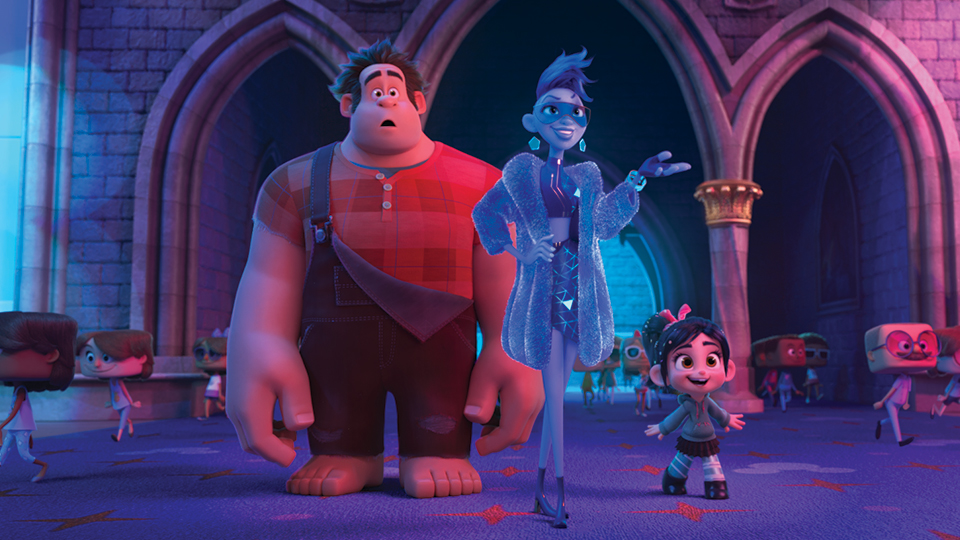 It may be a little over 5 months until Ralph Breaks the Internet: Wreck-It Ralph 2 arrives in cinemas but the new trailer and poster should be enough to tide you over until then.

Today Disney UK have unleashed a two and half minute that takes you back into Ralph’s glorious world and leaves you counting down the days until the new movie comes out.

Along with Reilly and Silverman, the voice cast features Jack McBrayer (30 Rock), Jane Lynch (Glee) and Taraji P. Henson (Empire). Rich Moore and Phil Johnston co-direct the movie and the screenplay is by Johnston and Pamela Ribon.

The new one-sheet poster shows Ralph flying through the Internet aided by a cursor, which has Vanellope on top of it. Take a look at the colourful poster below:

Ralph Breaks the Internet: Wreck-It Ralph 2 is the follow-up to 2012’s box office hit Wreck-It Ralph, which took over $471 million at the global box office. That film introduced Ralph and Venellope and saw Ralph fighting against his bad guy image in a bid to become a hero.

You can see Ralph Breaks the Internet: Wreck-It Ralph 2 when it premieres in cinemas on 30th November 2018.