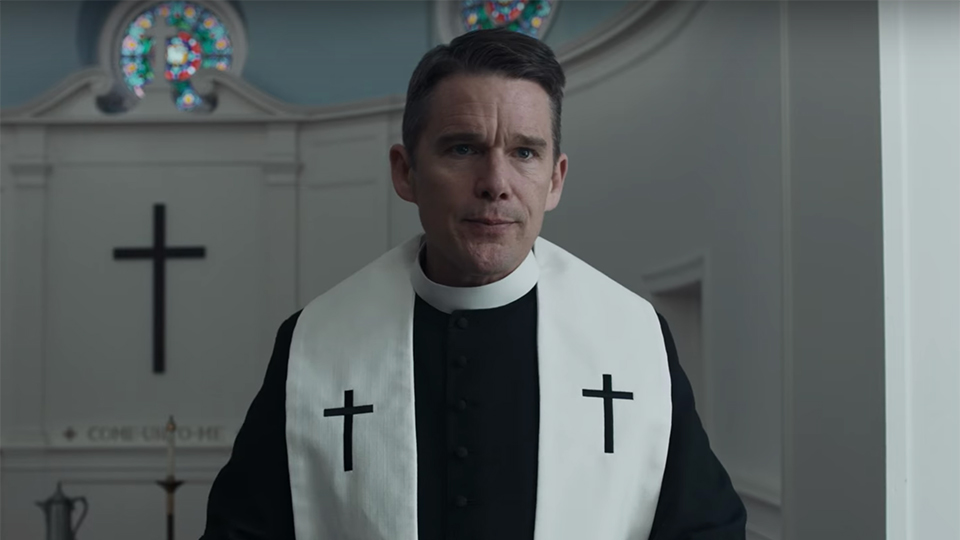 Starring Ethan Hawke (Boyhood), Amanda Seyfried (Les Miserables) and Cedric Kyles (Larry Crowne), First Reformed premiered in the UK over the weekend at Sundance London with Hawke in attendance to introduce the film.

The trailer gives a glimpse at what to expect from the dark thriller and you’ll see why people are raving about Hawke’s central performance.

The synopsis for First Reformed is:

Reverend Ernst Toller (Ethan Hawke) is a solitary parish priest at a small church in upstate New York, which is on the cusp of celebrating its 250th anniversary. Now more of a tourist attraction catering to a dwindling congregation, it has long been eclipsed by its nearby parent church, Abundant Life, with its state-of-the-art facilities. When a pregnant parishioner (Amanda Seyfried) asks Reverend Toller to counsel her husband, a radical environmentalist, Toller is plunged into his own tormented past and finds himself questioning his own future and where redemption might lie. With the pressure on him beginning to grow, he must do everything he can to stop events spiralling out of control.

First Reformed will be released in cinemas across the UK and Ireland by Picturehouse Entertainment on Friday 13th July 2018.