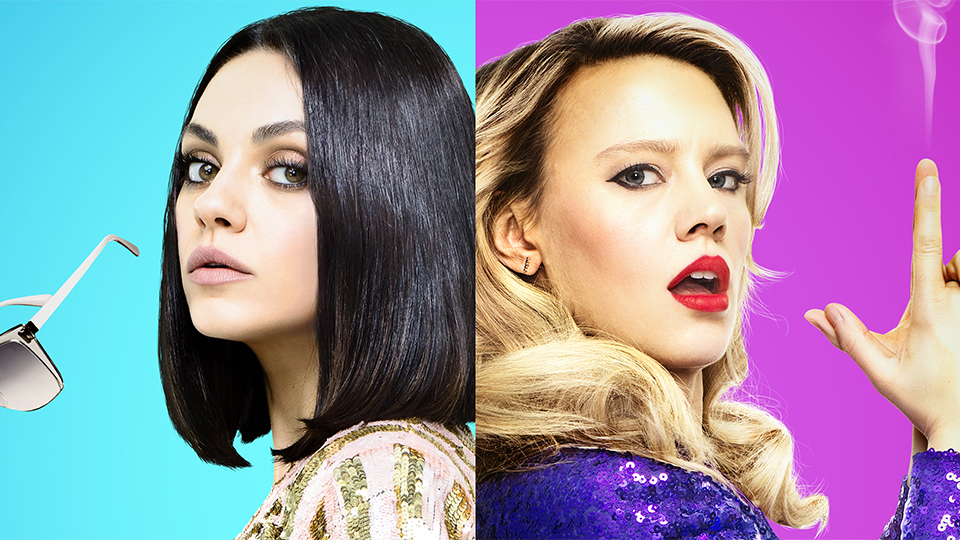 The first trailer is here for The Spy Who Dumped Me and it looks like an absolute hoot.

Kunis and McKinnon star as best friends Audrey (Kunis) and Morgan (McKinnon) who are unexpectedly thrust into an international conspiracy when Audrey learns her ex-boyfriend is a spy.

Surprising even themselves, the duo jump into action, on the run throughout Europe from assassins and a suspicious-but-charming British agent, as they hatch a plan to save the world.

The trailer sets up the film’s premise as Audrey meets Sebastian Henshaw (Sam Heughan) for the first time when she serves him in the store she works at. As she goes outside with him to his van, she quips, ‘you might say I’m not exercising good judgement following a strange man somewhere’ and Sebastian reveals that the meeting was orchestrated so they could recruit her.

From that point on the trailer is packed with wacky scenes showing Kunis and McKinnon’s clear chemistry as they navigate the spy world without a clue what they’re actually doing.

The film is produced by Brian Grazer p.g.a. and Erica Huggins p.g.a. Alongside the hilarious trailer, the quad poster for the movie has also been released, which you can see below:

The Spy Who Dumped Me arrives in UK cinemas on Wednesday 22nd August 2018.