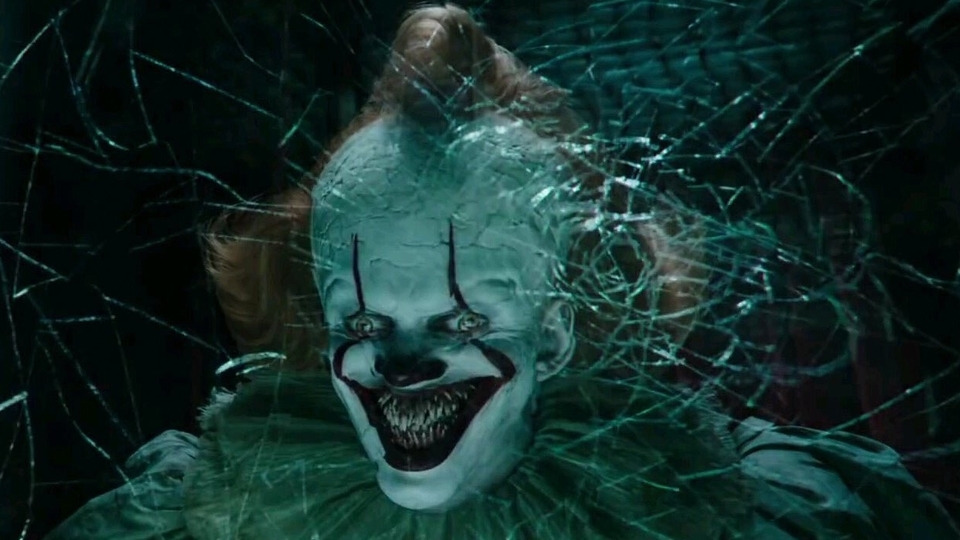 After pulling in a ridiculous amount of money at the box-office, we now find ourselves bracing for IT Chapter 2, one of the most anticipated horrors in recent times. The remake of the Stephen King classic certainly hit the right notes with modern viewers in 2017. I thought IT: Chapter 1 was an enjoyable genre film but the jolts weren’t as impactful as they could have been. IT: Chapter 2 fares exactly the same way, with a story that nails the human element, but that relies too heavily on CGI to scare the audience.

Part 2 was always going to be tricky to get right given the events of the book (which is funnily enough parodied in the film, with Stephen King also making a rare cameo appearance as an antiques shop owner). IT Chapter 2 is still an entertaining ride despite the choices the book makes, something which even the Tim Curry TV movie suffered from. The whole package of IT Chapter 2 delivers a memorable ride, even if the scares should have worked a little harder, and the needlessly epic runtime (at almost 3 hours) could have done with some trimming.

The plot follows on 27 years after the events of the first movie. The Losers Club have now all grown up and moved away from the small town of Derry which was terrorised by the demonic clown Pennywise (Bill Skarsgård) when they were kids. That is, all but one of them. Mike Hanlon (Isaiah Mustafa) stayed in Derry and has dedicated his life to studying the history of the town and Pennywise in order to defeat ‘It’ once again, should he surface again.

When you leave Derry, the memories of Pennywise dissipate, which is why Beverly Marsh (Jessica Chastain), Bill Denbrough (James McAvoy), Richie Tozier (Bill Hader), Ben Hanscom (Jay Ryan), Eddie Kaspbrak (James Ransone) and Stanley Uris (Andy Bean) have been able to move on in life. But when Mike calls them all back to Derry to honour their blood oath, tensions rise once again. Can the adult Losers Club defeat Pennywise once and for all or will the clown finally get his revenge on the ones that got away?

The start of IT Chapter 2 contains the most frightening sequence in the whole movie because it’s so real. A gay couple are harassed by some small minded, small-town bullies at the fair ground and this sequence leaves you cold. It’s visceral and grounded, which really drives home the horror. The same can be said when he are introduced to the adult Beverly (Chastain) who is stuck in an abusive relationship. These real-world traumas feed into the natural sense of unease the film wants to conjure up, but sadly these threads don’t go anywhere. It would have been far more rewarding to have these themes run alongside the outlandish, in-your-face horror to give a more balanced and disturbing vibe to the whole narrative.

Instead, what the film leans heavily on (once again) is CGI scares, and that’s a real shame. They’ve done the hard parts well in creating characters you genuinely empathise with and want to champion, and creating lots of scare sequences that have lots of disturbing potential. But in almost every scare-scene of the film there’s a ridiculous amount of CGI on show which just reduces the hard work of the build-up and turns it into just another ‘jump’ fright. Director Andy Muschietti clearly has a flair for the theatrics of horror but he hasn’t mastered the lingering fright that stays with you long after the end credits roll. The sequence with the old woman in the flat (which was brilliantly used in the teaser trailer campaign) is so utterly creepy until the very end, but then it turns into a CGI mess of absurdity for example.

The Tim Curry version of Pennywise is terrifying for a lot of reasons, but mainly because he looks creepy as hell, and that his human form is just that, ‘human’. That immediately sparks realism in the fright – something that is lacking in this iteration of IT. There’s a well-constructed sequence in a funhouse when McAvoy’s Bill is desperately running around a hall of mirrors to save a child from Pennywise. When faced with the clown, Pennywise drags his tongue along a mirror with his tongue growing longer and longer. Imagine swapping this for Skarsgård just doing this without the CGI – it instantly becomes scarier and less like a cartoon scene. The film is peppered with these types of problem sequences that, for me, took me out of the fright zone and constantly reminded me that I was watching a film.

This problem aside, IT Chapter 2 is still very enjoyable and that’s largely down to the cast who all hand in noteworthy performances. The younger versions of The Losers Club make a very welcome return. Sophia Lillis, Jeremy Ray Taylor, Jaeden Martell, Wyatt Oleff, Chosen Jacobs, Jack Dylan Grazer and Finn Wolfhard are all on-hand for key flashback sequences that further the story on. The adult casting is spot-on too – casting director Rich Delia and the casting department deserve an Oscar because they’ve outdone themselves here. Not only do the adults counterparts work in a character-sense, they all genuinely feel like grown-up versions of the faces we know.

Jessica Chastain, James McAvoy, Bill Hader, Jay Ryan, James Ransone, Isaiah Mustafa and Andy Bean are all excellent. Hader steals the film with great comedic moments (something which the film fully embraces and is the better for it). Nicholas Hamilton played the bully Henry Bowers in the first film and Teach Grant now plays him as a disturbed adult who resides in a mental asylum. This is the greatest piece of casting you’ll see this year, Grant absolutely nails Hamilton’s mannerisms and it’s scarily uncanny. Bill Skarsgård once again does well as Pennywise and is given a lot more to do this time around which is good. He transcends the script with a detached, almost childlike clown that flips into terrifying at the drop of a dime. It’s a shame the build-up he works so hard on is almost always lessened by big, clumsy CGI at the key moment.

I’m a massive fan of IMAX, and all that the format brings to moviegoers. It enhances the cinematic experience from start to end and if the option exists to see a film in this manner, I’ll always want to try it. It’s not often that we get a horror gracing IMAX screens but IT Chapter 2 fully embraces its chance to deliver extra chills on the big stage. The absorbing sound and crystal clear images really pop during the steady build-ups to the scares, and certainly helps to make the viewing experience that much more immersive. The extra large screen is also fantastic for the set-pieces too, giving the frights the biggest canvas possible to really drive home the horror. If you can afford the uplift, then I certainly recommend IMAX because it does add value to the cinema experience here.

IT Chapter 2 is very entertaining and does the basics right. The same problems plague the sequel as it did the first film, but if you approach it in the right way, there’s a lot of scary fun to be had here. It will be a massive success regardless, and it’s nice to see a mainstream horror dominate ad campaigns once again. Not many genre films get blockbuster status but IT: Chapter 2 certainly earns those stripes. For a jumpy night at the movies, Pennywise will dutifully oblige once again.