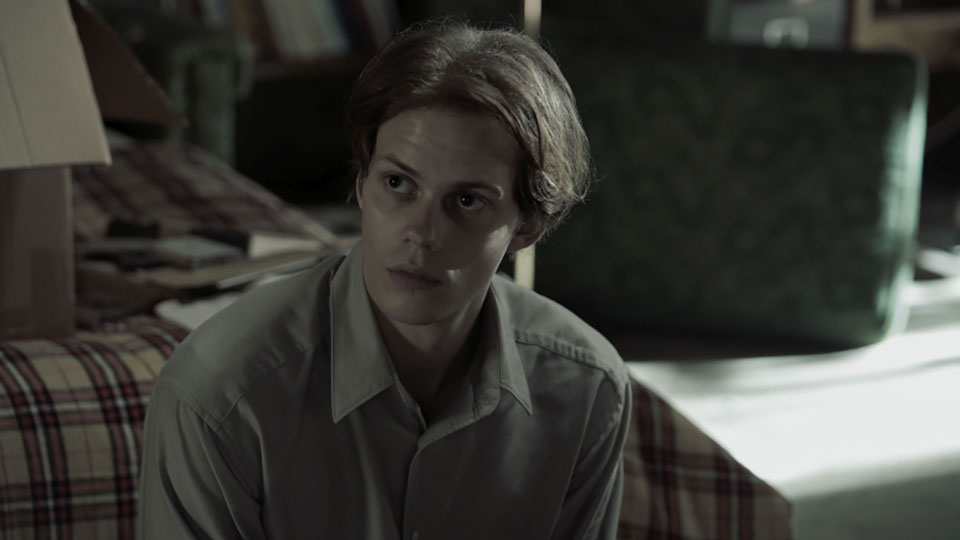 Death row lawyer Henry Matthew Deaver (André Holland) returns to Castle Rock when he’s asked for by a man known only as The Kid (Bill Skarsgård) who was found in a cage underneath the Shawshank State Penitentiary. Henry battles his own past, which involved him disappearing as a child following the death of his father, and mysteriously returning days later. As Henry tries to get to The Kid, he’s kept away by new warden Theresa Porter (Ann Cusack), who is the replace for Dale Lacy (Terry O’Quinn), who committed suicide on his final day in the job. Who is The Kid and what’s his connection to Henry?

Castle Rock is executive-produced by J.J. Abrams and based on the world of Stephen King, who also produces. The show takes the town of Castle Rock, which appears throughout King’s work, and crafts a brand-new mystery around it. Very much capturing the tone of King, the series is a slow-burn that’s designed squarely for hardcore fans of Stephen King. From the casting of Bill Skarsgård and Sissy Spacek, who play King’s characters Pennywise and Carrie in the movie adaptations, through to the many Easter Eggs planted throughout the series, Castle Rock plays like a love letter to the author’s devoted following.

Castle Rock is a bit of a slog. It poses endless questions but is in absolutely no rush to explain any of them. Who is The Kid? Did Henry kill his father? Why does neighbour Molly Strand (Melanie Lynskey) behave so shiftily for seemingly no reason? These are all valid questions but don’t expect to get answers to them any time soon. Instead the mystery is drawn out across 10 episodes and it moves along at a glacial pace.

For me, Castle Rock highlights the problem with a lot of Stephen King’s work. While King hasn’t been involved in the writing here, the creators Sam Shaw and Dustin Thomason have paid homage to King’s tendency to build a good premise but fail to execute it satisfactorily. We all remember the ending of IT don’t we? (the book and original mini-series). Take that as a case in point. The slow drip here will prove to be a turn-off for a lot of viewers and those who do stick with it, may find by the final episode that the resolution isn’t as satisfactory as they’d hoped e.g. classic Stephen King.

The cast is solid and of a high calibre. André Holland is a great leading man and Bill Skarsgård adds to his repertoire of weird and wonderful characters. Sissy Spacek, Ann Cusack, Melanie Lynskey and Terry O’Quinn bring the gravitas and they are all very good in their roles. To be fair, I can’t fault the cast for anything.

The Blu-ray release is packed with extras including two new featurettes – Blood on the Page and A Clockwork of Horror – and Inside the Episode spotlights for every episode.

Castle Rock has promise but for me the payoff wasn’t worth the investment. The slow-moving pace and the endless questions (not all of which are answered) make the series a slog and I can’t see anyone other than hardcore Stephen King fans sticking out all 10 episodes. Abrams brings an element of his iconic, and highly flawed series, Lost into the mix and if that doesn’t ring alarm bells, then good luck getting through Castle Rock.